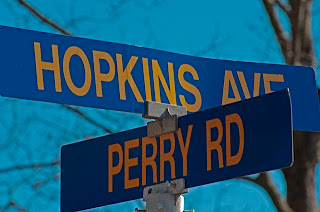 Commodore Esek Hopkins (1718-1802) First Commander in Chief of the Continental Navy
Hopkins Avenue, on Coasters Harbor Island, Naval Station Newport, was named for Esek Hopkins. The native Rhode Islander, born on April 26, 1718, began his career as a merchant ship captain. In 1765, Hopkins commanded the slave ship Sally for the Brown Company. When the American Revolution erupted in 1775, Hopkins was appointed the commander of Rhode Island’s military forces. Later that year he became the first Commander in Chief of the Continental Navy, with orders to attack British forces in the Chesapeake Bay, along the southern coast and off Rhode Island. Instead, he conducted an assault on New Providence Island in the Bahamas on March 3, 1776. During what was the Navy’s first amphibious offensive, his forces captured equipment and supplies needed to support the rebellion. During the return voyage, his ships captured two small British warships and engaged HMS Glasgow. Hopkins’ conduct resulted in considerable controversy. He was censured by the Continental Congress and dismissed from service in 1778. He later served in the Rhode Island legislature and remained active in state politics. His brother, Rhode Island delegate Stephen Hopkins, was a signer of the Declaration of Independence.
Two destroyers (DD-6 and DD-249), a converted merchant ship, and a Providence middle school were also named after the sea captain.