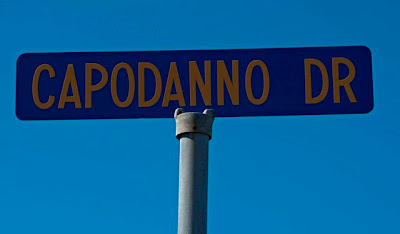 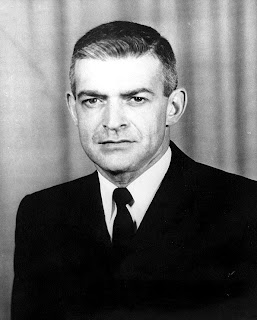 Capodanno Drive on Coddington Point, NAVSTA Newport was named for Lt.Vincent R. Capodanno, USNR (ChC).  Father Capodanno was a Roman Catholic priest who was commissioned a lieutenant in the Navy Chaplain Corps in December 1965. He reported to the Chaplain's School at Newport (then located in Building 117) on 2 January 1966 and completed the course on 24 February. Soon, Capodanno was assigned to the 1st Marine Division in Vietnam. On 4 September 1967 he found himself in combat with the Marines of the Third Battalion, Fifth Marine Regiment  in Quang Tin Province.  While administering last rites to the dying and medical care to casualties, a mortar round peppered his arms and legs and severed part of his right hand. He refused aid and continued to care for the wounded throughout the firefight. While attending to a wounded corpsman, he was killed by automatic fire. For his heroism and service that day,  Capodanno was posthumously awarded the Medal of Honor.

Today numerous tributes honoring the "grunt padre" include statues and roads in his native Staten Island, New York, and a chapel in Taiwan where he performed missionary work. The Naval Chaplain's School (located on NAVSTA Newport from 1951 to 2009) named their chapel, the Father Capodanno Memorial Chapel. USS Capodanno (DE-1093, later FF-1093) was also named in his honor.