Last year, the museum purchased two early nineteenth-century snuff boxes that were produced to commemorate important American naval victories during the War of 1812. The engraved boxes feature a battle on the Great Lakes and an encounter between frigates on the open ocean, conveniently illustrating the different theaters in which the Navy operated during the war. Furthermore, both battles have a connection to Newport.

Snuff, made from ground or pulverized tobacco leaves, is a smokeless tobacco that is inhaled or “snuffed” into the nasal cavity. Snuff-taking originated in the Americas and became commonplace among men throughout the Western world by the seventeenth century. Quality snuff boxes are equipped with airtight lids in order to keep the tobacco leaves dry and fresh. Men of all ages and social classes used boxes like these when snuff-taking was in vogue. 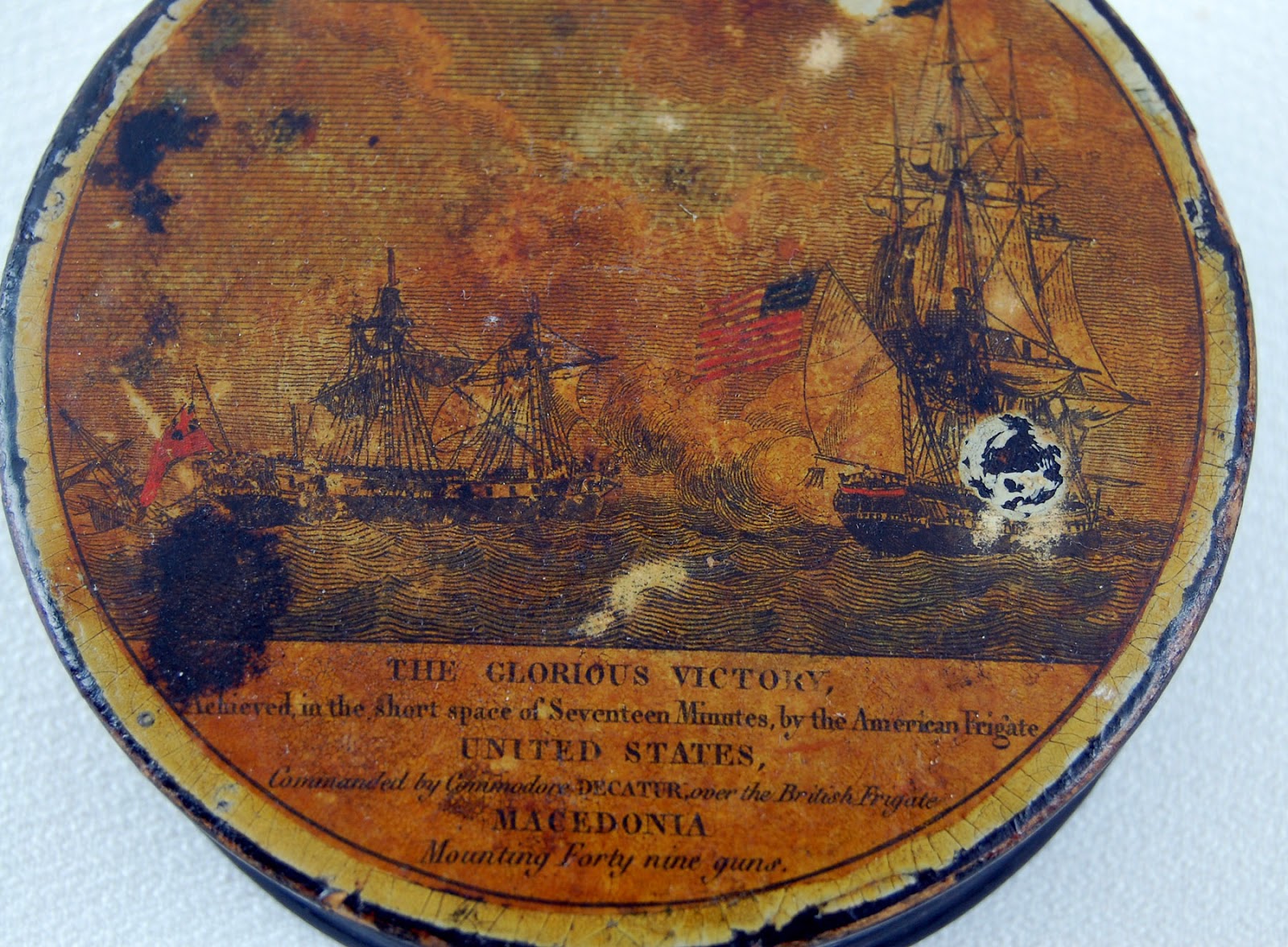 The first snuff box commemorates the capture of the frigate HMS Macedonian by USS United States off the Azores on 25 October 1812. The inscription reads: “THE GLORIOUS VICTORY, Achieved in the short space of Seventeen Minutes by the American Frigate UNITED STATES Commanded by Commodore DECATUR over the British Frigate MACEDONIA Mounting Forty nine guns.” Under the command of Captain Stephen Decatur, the captured British ship arrived at Newport on 6 December 1812 where it became a welcome addition to the U.S. Navy as the re-commissioned USS Macedonian. Master Commandant Oliver Hazard Perry, a Newport native, took charge of the vessel upon her arrival. 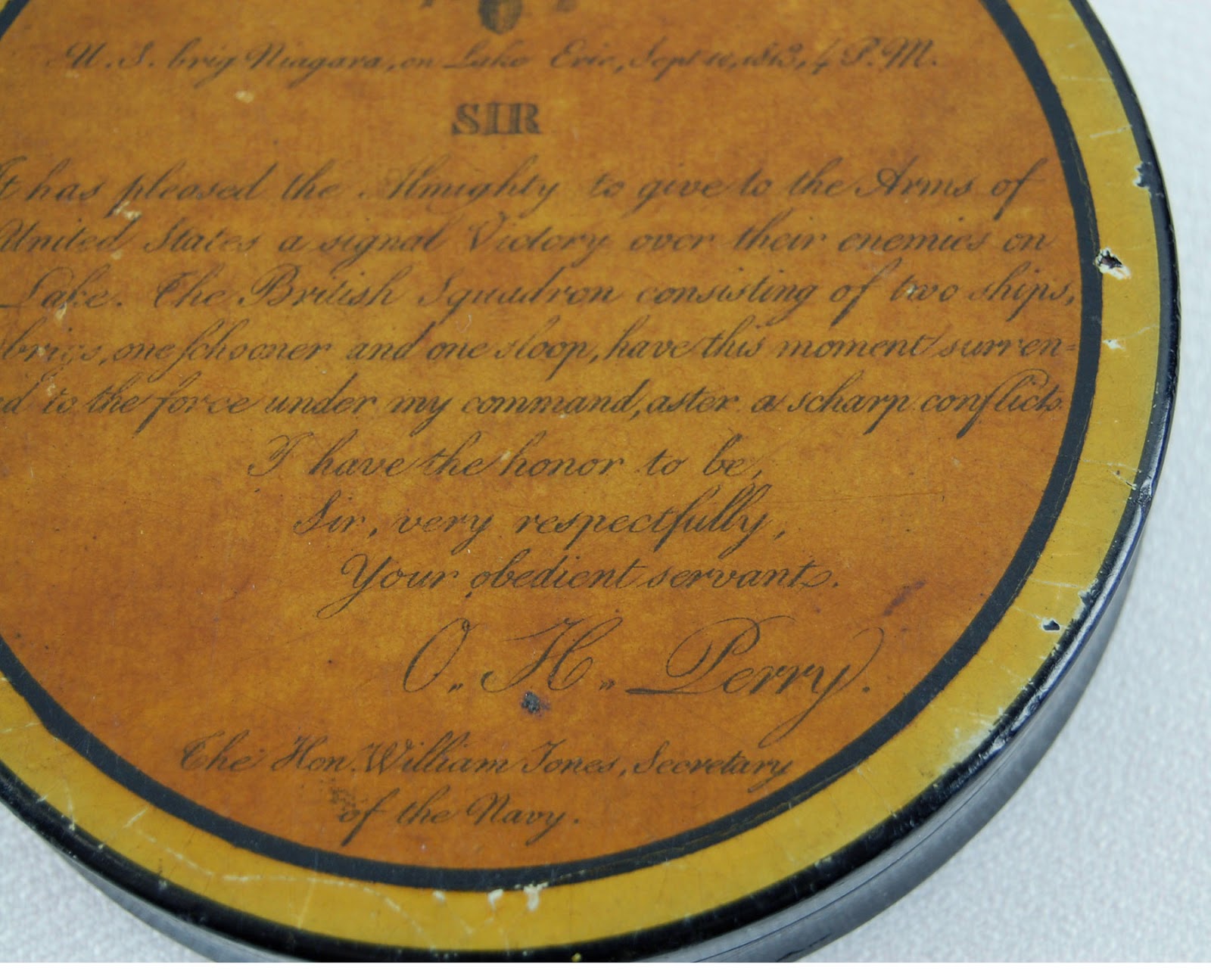 Perry is most noted for his role as the commander of the American fleet at the Battle of Lake Erie, arguably the most significant naval battle of the War of 1812. The inscription on the second snuff box reads, “Com. PERRY Capturing the whole of the British fleet on Lake Erie, Sept. 10, 1813.” Perry’s flagship, USS Lawrence, took a terrific pounding from British guns at the start of the battle and suffered 80% casualties among the crew. Amidst heavy gunfire, Perry transferred his flag to USS Niagara and proceeded to break through the enemy line. For the first time in history, an entire British naval squadron surrendered. Perry was involved in nine other military actions on Lake Erie during the course of the war. He became known as the “Hero of Lake Erie” and went on to receive a Congressional Gold Medal for his service. A version of his famous report to the Secretary of the Navy is on the bottom: “It has pleased the Almighty to give to the arms of the United States a signal victory...”

These snuff boxes were recently put on display in conjunction with the bicentennial of the War of 1812. They can currently be viewed in the main gallery on the first deck immediately after entering the museum.