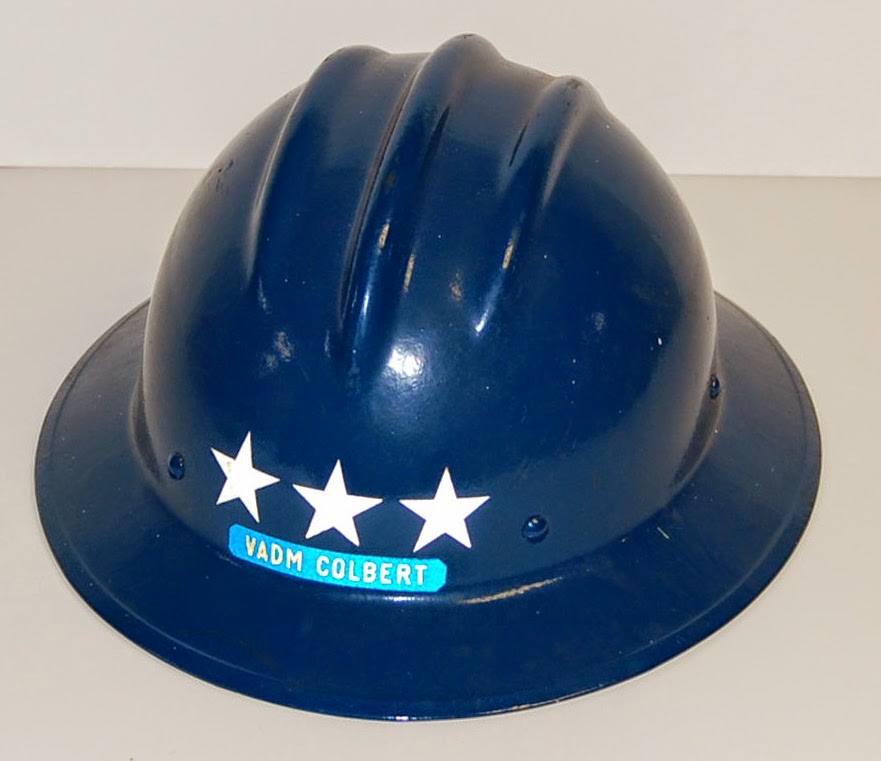 You don’t see many vice admirals walking around wearing hard hats…..but then again, VADM Richard G. Colbert liked to do things his own way. Upon his appointment as the 35th President of the Naval War College in 1968, Colbert set about modernizing the College by changing the curriculum, founding the Naval Staff College for foreign officers, establishing the Naval War College Foundation, and beginning construction of three new academic buildings. He wore this hard hat at the ground breaking ceremony for Spruance, Conolly, and Hewitt Halls in 1970. This expansion allowed the College to increase its student enrollment which in turn made it possible for more line officers to attend. VADM Richard G. Colbert, oil on canvas by Anthony Sarro
Colbert’s interest in international cooperation among senior naval leaders led him to found another program that is still with us today. This week, the College is preparing to kick off the 21st International Seapower Symposium. Begun in 1969 and held every two years since (last year’s Symposium was postponed due to the government shutdown), the ISS fosters greater cooperation among the world’s naval powers by bringing together officers and diplomats from all over the world to discuss issues that affect the security of maritime nations. It was one of several long-range projects that VADM Colbert initiated to shift the Naval War College’s focus to a more outward-looking, international program that emphasized common interests among the navies of the free world.
Email Post