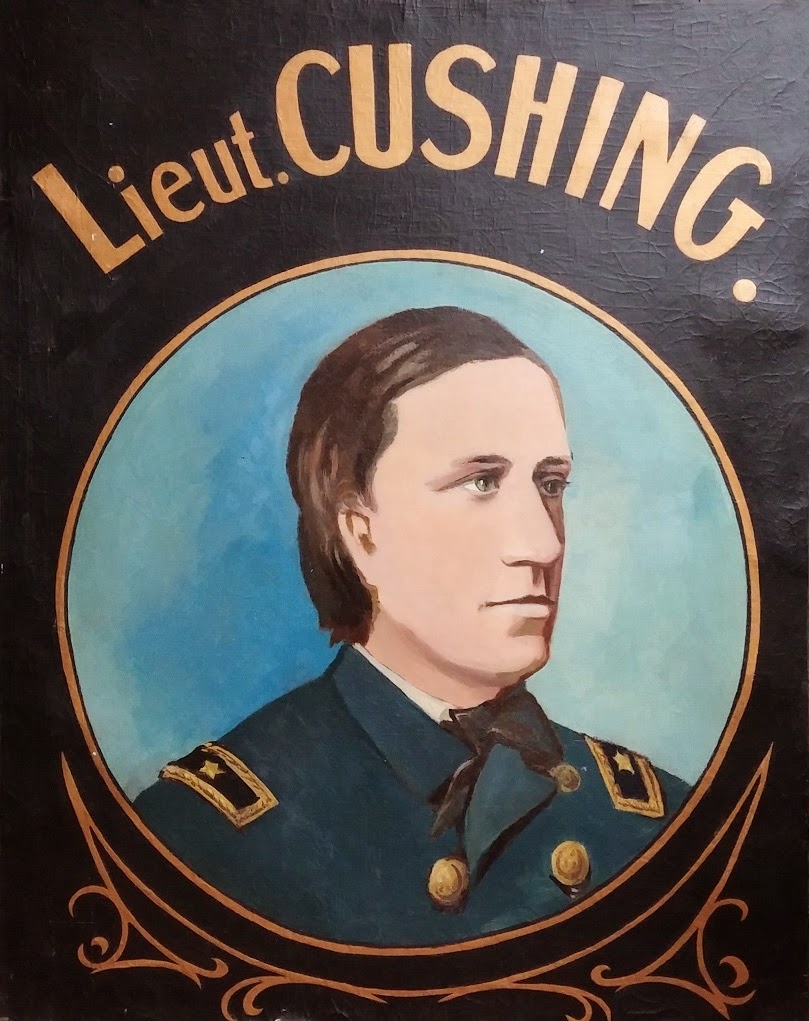 Civil War naval buffs probably recognize Lieutenant William B. Cushing from his daring exploit on the Roanoke River in October 1864. On this evening 150 years ago, Cushing led 22 men in two small boats on a mission to sink CSS Albemarle, an ironclad that was positioned to stop Union forces from penetrating further inland.

One of Cushing’s boats was a steam launch outfitted with a spar torpedo that he planned to detonate after drawing up next to Albemarle. His approach did not go undetected, though, as sentries on the shore spotted the steam launch and began firing at the Union men. Albemarle was also protected by floating log booms, but they had been in the water so long that they were covered with a heavy slime which allowed Cushing’s boat to ride up and over them.

Finally, when he was close enough, Cushing detonated the torpedo which blew a hole in Albemarle right at the waterline and sank her immediately. The force of the explosion severely damaged the steam launch as well, forcing Cushing’s men to swim for shore and attempt to evade Confederate patrols. Of the crew on the steam launch, eleven were captured and two drowned. Only Cushing and one other man escaped back to Union lines. 26 years later, the Navy named its first ocean-going torpedo boat after Cushing. A model of USS Cushing (TB-1) is currently on display in the torpedo station gallery. 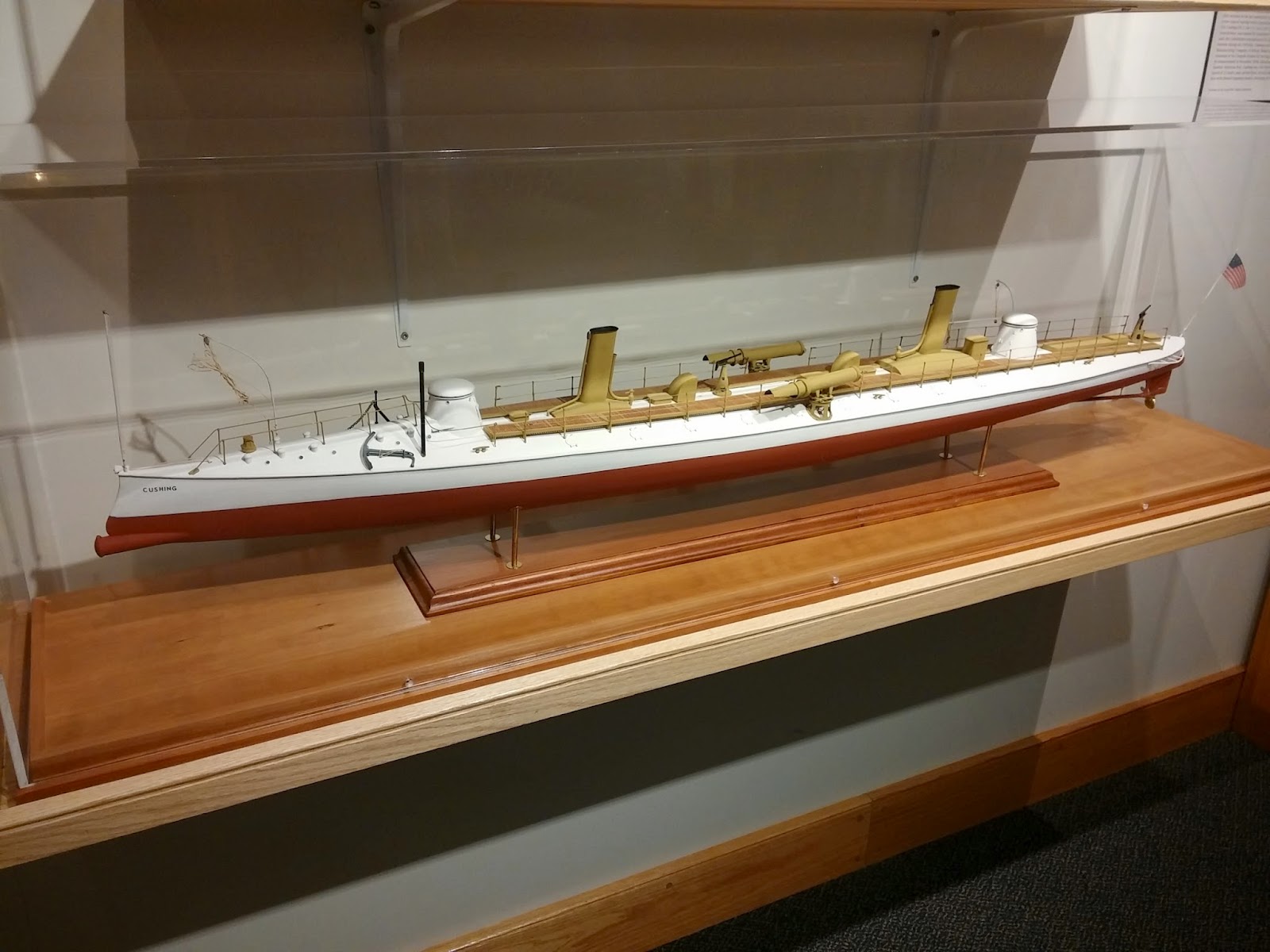