On This Day in History: Yeomanettes Enlist in the Navy

I've been in frigid Greenland and in sunny Tennessee,
I've been in noisy London and in wicked, gay Paree,
I've seen the Latin Quarter, with its models, wines, and tights,
I've hobnobbed oft with Broadway stars who outshone Broadway lights;
But North or South or East or West, the girls that I have met
Could never hold a candle to a Newport yeomanette.
—Newport Recruit, 1918

When Loretta Walsh joined the Naval Reserve on March 17, 1917 – becoming the first enlisted woman to serve in the U.S. Navy – she was continuing a long tradition of women serving in the U.S. military. Women fought alongside their male counterparts in the American Revolution, the Mexican War, and the Civil War, though not in an official capacity and often disguised in order to conceal their gender. The Navy first accepted women for service in 1908 when it established the Nurse Corps, but those who joined received neither rank nor rating and were considered little different than civilian employees of the Navy. 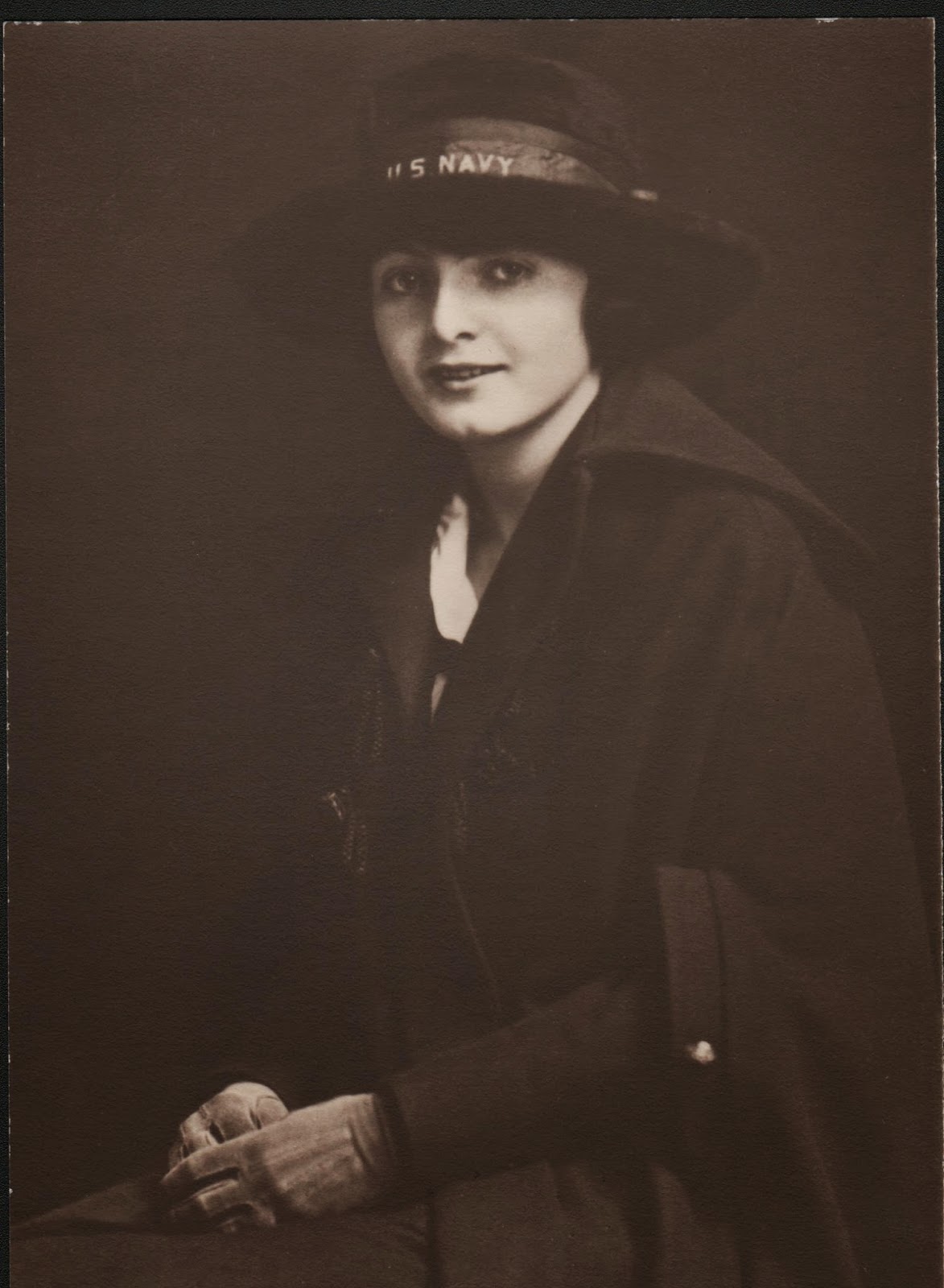 Nina Ferris served as a yeomanette at Newport from 1917-1918

By 1916, World War I had been underway for two years and military planners considered that U.S. involvement was becoming more likely. As the Navy was the country’s first line of defense in a European war, Congress passed the Naval Act of 1916 in order to provide for its expansion. The act authorized the construction of ten battleships, six Lexington-class battlecruisers, ten Omaha-class scout cruisers, fifty Wickes-class destroyers, and numerous other smaller warships to be built over a period of just three years. Since the addition of so many ships would severely stretch the Navy’s manpower reserves, Congress also passed the Naval Reserve Act which allowed the enlistment of "all persons who may be capable of performing special useful service for coastal defense." The idea was to fill the ranks with reservists who could perform most land-based jobs, thus freeing up sailors to serve on ships. Secretary of the Navy Josephus Daniels realized that the gender-neutral language in the law meant that women could be recruited too. Soon thereafter, the Bureau of Navigation instructed district commanders to enlist women for service as radio operators, stenographers, nurses, messengers, chauffeurs, and other non-combat jobs. The majority of women who signed up became yeomen (a rating that specializes in administrative and clerical duties) and were designated as yeomen (F). 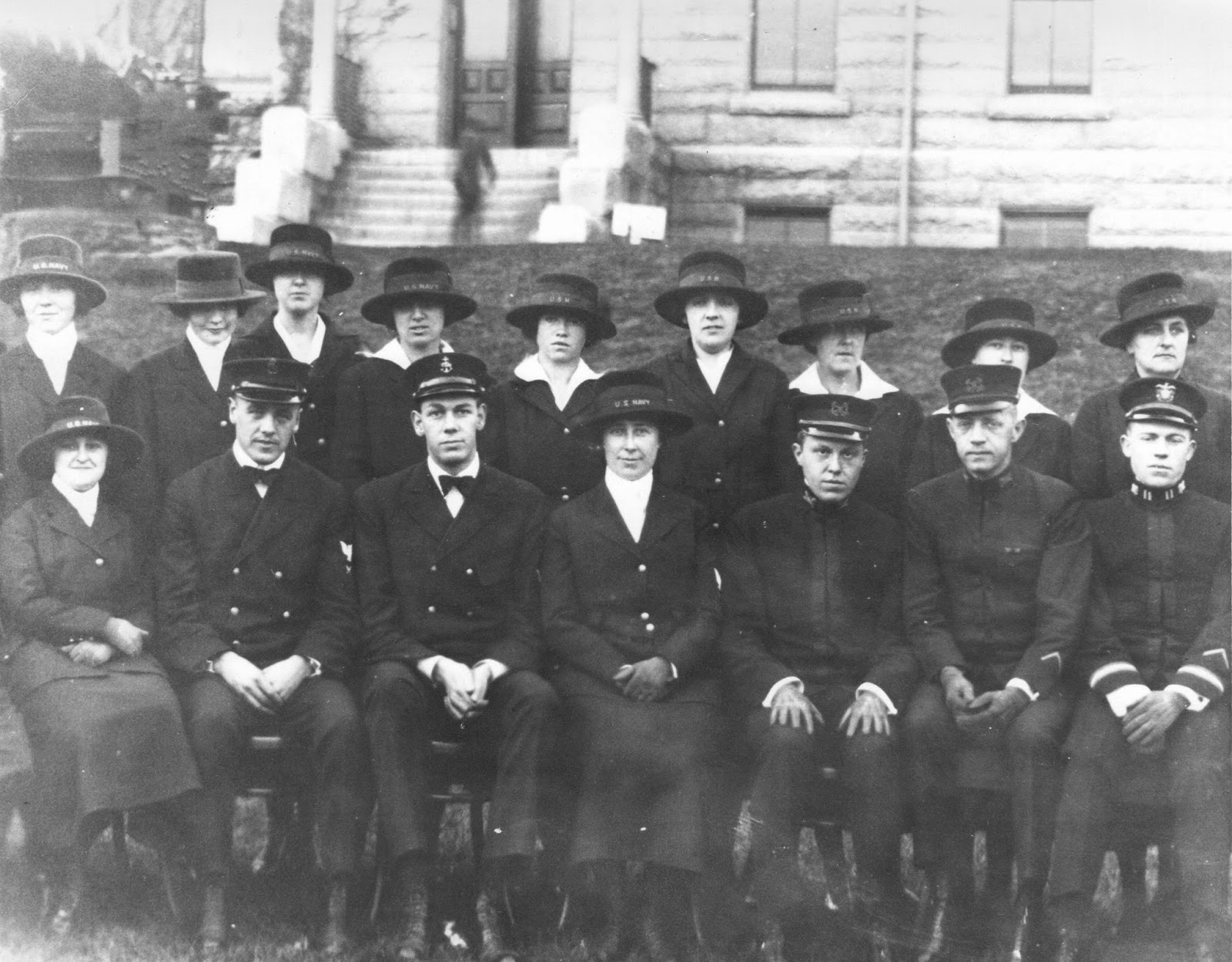 Yeomen and yeomen (F) of the Second Naval District, Newport, 1918

Several hundred yeomen (F) served in Newport at the Supply Office, Second Naval District. Many more completed their initial training at the Yeoman School before moving on to wartime assignments. One of the immediate problems the Navy faced was finding living quarters for women. Naval facilities at that time did not have housing for single women, and many yeomen (F) were forced to stay with nearby family or friends. Some roomed at local YWCAs or shared apartments. In Newport, the Navy subsidized room and board for the women and allowed them to find offsite housing on their own. 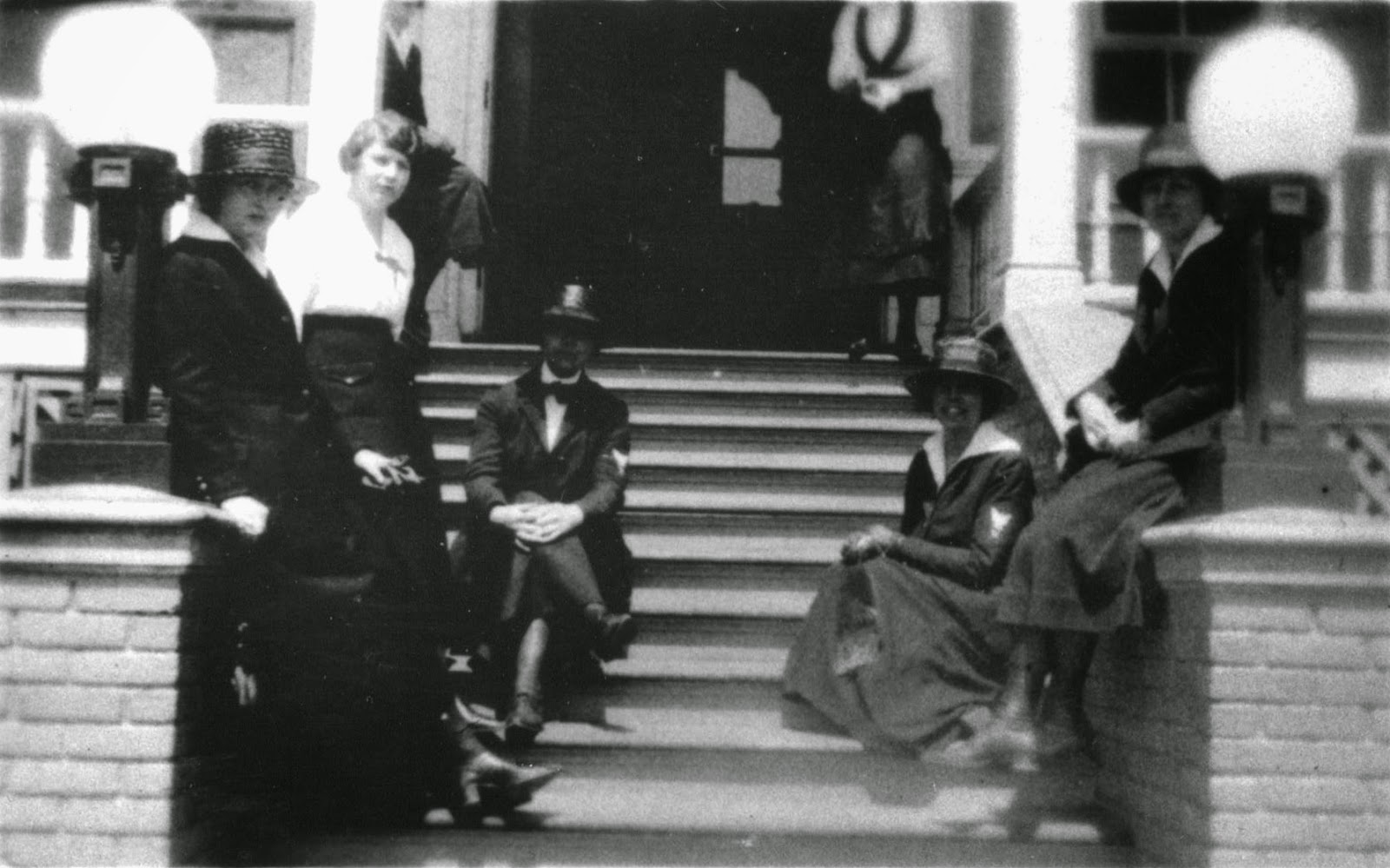 Yeomen (F) in front of Founder’s Hall, Newport, during World War I

Yeomen (F) enlisted for the standard four years. The Navy stopped enrolling women just days before the armistice was signed in November 1918, at which time a total of 11,275 yeomen (F) were in service. Secretary Daniels advised commanders that many civilian positions on shore would be opening up in the peacetime Navy. He instructed them to offer these positions to reservists first before making any new hires. Many yeomen (F) applied for and received appointments to these positions. Regardless of their enlistment date, all yeomen (F) were officially discharged on October 24, 1920, though a few inadvertently remained on the books until March 1921. These pioneering women helped pave the way for an even greater expansion of women’s roles during World War II.