Alfred Thayer Mahan and the Battle of Valcour Island

If there is such a thing as a “good”defeat, the Battle of Valcour Island may be an example. The summer of 1776 found American forces in the Lake Champlain Valley in full retreat. Following an unsuccessful invasion of Canada the year before, two expeditions led by Benedict Arnold and Richard Montgonery returned to the colonies devastated by casualties, disease, and lack of supplies. Not far behind them were fresh British reinforcements recently landed at Quebec. The lake being the natural invasion route for an army moving south from Canada, Arnold recognized that in order to prevent an immediate disaster, he had to quickly build a fleet that was strong enough to slow the British advance, if not stop it outright. He established a ship yard at Skenesborough (present-day Whitehall, NY) and started building a fleet from scratch as fast as his labor and supplies would allow.

The British commander, General Sir Guy Carleton, hoped to capture Fort Ticonderoga at the southern end of the lake before winter arrived and use it as a base from which to push further south, eventually cutting off New England from the rest of the colonies. Before he could advance, though, Carleton had to clear Lake Champlain of enemy resistance so that supplies for his army could flow freely from Canada. Like their American counterparts, the British spent much of the summer building a fleet, a task made all the more difficult by the remote location of their base at Saint-Jean. It was not until October 9 that the collection of gunboats, schooners, and large ships set sail in search of the Americans. Two days later, they found the rebel fleet anchored in a defensive position between the western shore and Valcour Island. When it was over, eleven of the fifteen vessels under Arnold’s command had been destroyed or captured versus only a handful of gunboats lost for the British.

The remnants of the American army fled to Fort Ticonderoga while the British advanced as far as Crown Point, just fifteen miles away. But even as they did so, snow was already visible on the Adirondack mountain tops. Carleton decided that it was too late in the year to continue his offensive, so he returned to Canada and entered winter quarters. The army set out once again the following spring under the command of Lieutenant General John Burgoyne and made it as far as Saratoga before suffering defeat , again largely due to the actions of Benedict Arnold. Burgoyne’s surrender convinced King Louis XVI of France to openly support the Americans, an alliance which eventually resulted in another British capitulation four years later at Yorktown. 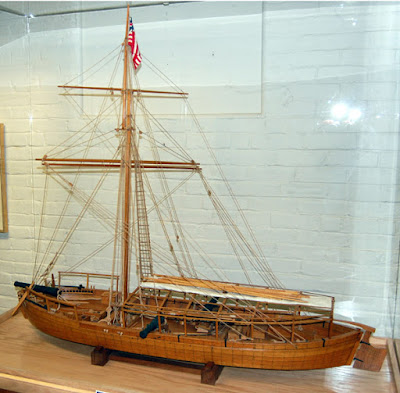 
Historians of the American Revolution credit Arnold’s fleet with saving the Revolution through its sacrifice. In doing so, many use quotes from Alfred Thayer Mahan’s Major Operations of the Navies in the War of American Independence. Published in 1913, this book was a revised version of a chapter that Mahan wrote in 1898 for William Laird Clowe’s multivolume history of the Royal Navy. Mahan’s description of Valcour Island as a “strife of pigmies for the prize of a continent”[1] is a favorite of contemporary writers, as is his argument that no other fleet in history “lived to better purpose or died more gloriously, for [the American fleet] had saved the Lake for that year.”[2] 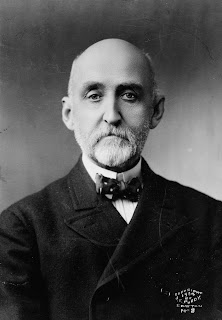 While Mahan certainly believed that Arnold’s ships prevented the early collapse of the Revolution, his ideas went even further than that. In the introduction to Major Operations, he observed that wars have a fearful tendency to spread beyond their original boundaries. After starting with the series of crises then unfolding in the Balkans, Mahan took up the American Revolution as an earlier example of a war that began as a limited conflict but ultimately involved multiple European powers fighting in many parts of the world. The purpose of Major Operations was to highlight the global nature of the conflict and impress upon American readers “the vast extent of the struggle to which our own Declaration of Independence was but the prelude.”[3] It is instructive to take one of the aforementioned quotes and present it in a fuller context:

The little American navy on Champlain was wiped out; but never had any force, big or small, lived to better purpose or died more gloriously, for it had saved the Lake for that year. Whatever deductions may be made for blunders, and for circumstances of every character which made the British campaign of 1777 abortive and disastrous, thus leading directly to the American alliance with France in 1778 [italics added for emphasis], the delay, with all that it involved, was obtained by the Lake campaign of 1776.[4]

Mahan’s main point about the Battle of Valcour Island was not merely that it contributed to the surrender of Burgoyne’s army, but rather that a naval battle brought about the conditions that resulted in the French alliance. Writing in the years just before World War I, Mahan argued for maintaining a strong navy in order to keep foreign conflicts from spreading to U.S. shores. But as he observed, navies could embroil nations in war just as easily as they could prevent them. His thoughts on the Revolution are best summed up in one sentence from the chapter on Lake Champlain:

That the war spread from America to Europe, from the English Channel to the Baltic, from the Bay of Biscay to the Mediterranean, from the West Indies to the Mississippi, and ultimately involved the waters of the remote peninsula of Hindustan, is traceable, through Saratoga, to the rude flotilla which in 1776 anticipated its enemy in the possession of Lake Champlain.[5]