The museums’ latest exhibit is Crossing the Line: Unofficial Traditions of the U.S. Navy. Nobody knows exactly when the crossing the line ceremony started, but the first documented instances can be found in the accounts of French sailors from the early sixteenth century. As European powers became interested in overseas exploration, their ships crossed the equator with increasing regularity. A number of traditions sprang up to mark the first time a sailor crossed over 0° latitude. These early ceremonies were comprised chiefly of two parts: a religious ceremony of thanksgiving, and an initiation that marked the transformation of inexperienced sailors into trusted crew members. The participants were put on trial, both in the literal sense during the ceremony, and in the figurative sense because the ritual was partially a test of their strength and resolve. By the mid-sixteenth century, sailors had begun to regard it as an ancient right that they baptize those who had not been over the equator before, and they did so by blacking themselves and dressing up in costumes. Many at that time believed that anyone of another race who crossed the equator would become an African. The ceremony not only served as an initiation ritual, it also reflected Europeans’ curiosity about the rest of the world and the superstitions they held about it.

The elements of the ceremony have undergone some modification over time and vary a little between nations, but a few components tie them all together. The sailors to be initiated are referred to as Pollywogs while the experienced crew members who plan and conduct the ceremony are known as Shellbacks. A group of Shellbacks, usually the highest ranking enlisted sailors, dress up as King Neptune and his assistants. Once the ship has crossed the equator, the Pollywogs receive a summons to appear before King Neptune’s court. There they are accused of various farcical misdeeds and are given punishments that must be endured in order to attain the title of Shellback. These punishments were originally quite rough and included beatings, throwing the victims overboard, and dragging them through the water. As late as the mid-twentieth century, Pollywogs could still find themselves covered in garbage and rotten food or being poked with electrified pieces of metal. Over time, the hazing aspects of the ritual have been toned down with greater emphasis placed on building camaraderie among the crew and celebrating a rite of passage shared by sailors all over the world.

Having passed the test, Pollywogs receive certificates that announce their initiation into the Ancient Order of Shellbacks or the Ancient Order of the Deep. The next time they cross the equator, they will be the ones putting their inexperienced shipmates to the test. Other landmarks now have similar rituals to accompany their passage including the Arctic Circle, Antarctic Circle, International Date Line, Panama Canal, and Cape Horn. 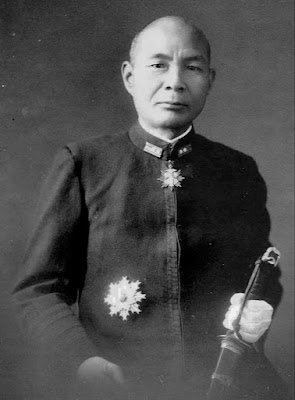 "You Sank My Aircraft Carrier!" Did a Japanese War Game Predict Defeat at the Battle of Midway?