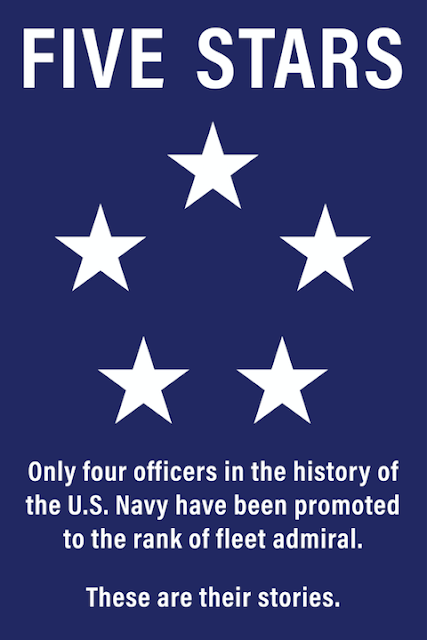 Chester William Nimitz was born on February 24, 1885, in Fredericksburg, Texas. After graduating seventh in his class from the Naval Academy, Ensign Nimitz received his first command early in his career when he became commanding officer of the gunboat USS Panay in 1907. Graduating to destroyers, Nimitz next took over USS Decatur (DD-5) and suffered an early setback when he was court-martialed for running the ship aground. Nimitz received a letter of reprimand but was allowed to continue his career. 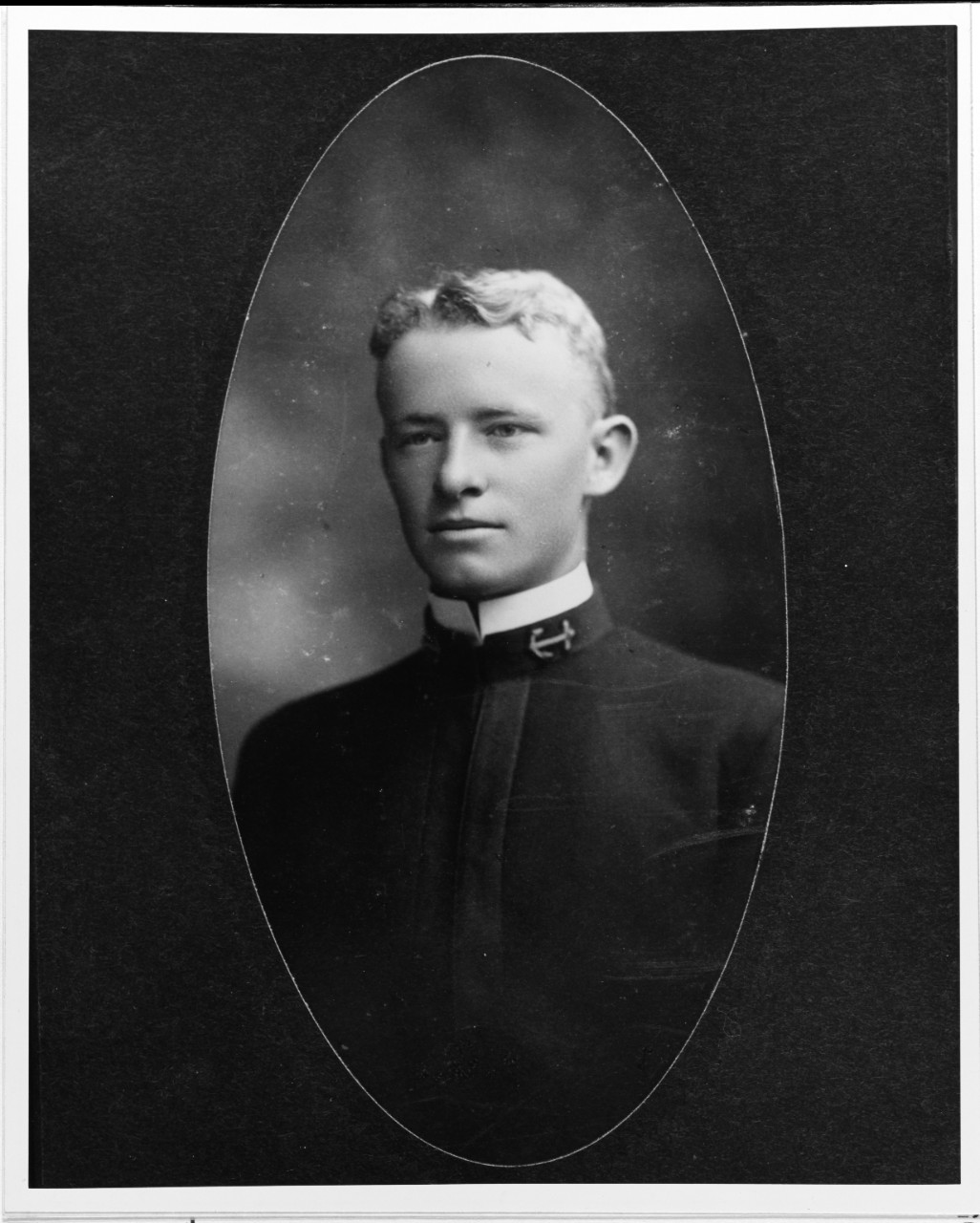 Nimitz’s early years in the Navy were highlighted by submarine duty. Beginning in 1910, he successively commanded USS Snapper, USS Narwhal, and USS Skipjack. On March 20, 1912, Lieutenant Nimitz dove in to the water to rescue a sailor who had fallen overboard from USS Tonopah (BM-8). Nimitz kept the man afloat until help arrived and received the Silver Lifesaving Medal for his actions. 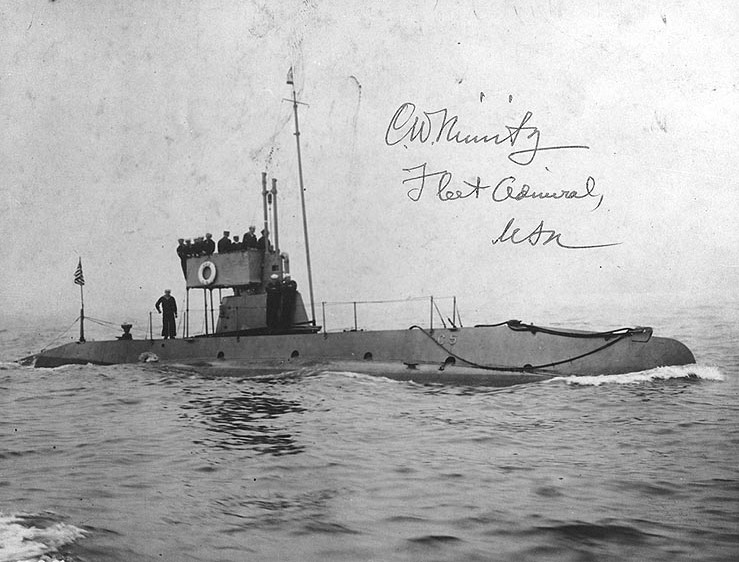 Though still a junior officer, the Naval War College recognized Nimitz’s expertise in submarine operations and invited him to deliver a lecture on tactics that June. After a year in command of the Atlantic Submarine Flotilla, Nimitz was sent to Germany and Belgium to study diesel engine manufacturing. With that experience, he subsequently served as Executive Officer and Engineering Officer of USS Maumee (AO-2) until 1917. That August, Nimitz became Aide and Chief of Staff to Commander, Submarine Force, U.S. Atlantic Fleet. He served in that billet during World War I.

In 1922, Nimitz entered the Naval War College as a member of the senior course. He and his classmates spent a year studying tactics, strategy, and logistics while practicing what they learned on the war gaming floor in Luce Hall. Here Nimitz learned that commanders must strive to remain on the offensive while taking the war to the enemy. “While the carefully planned defense may save our fleet in future crises,” he wrote in his thesis, “such tactics can never bring us the victories essential to the maintenance of our high position in world affairs.” Nimitz later credited the war games he played in Newport with helping the Navy to anticipate almost every major development of the war with Japan. 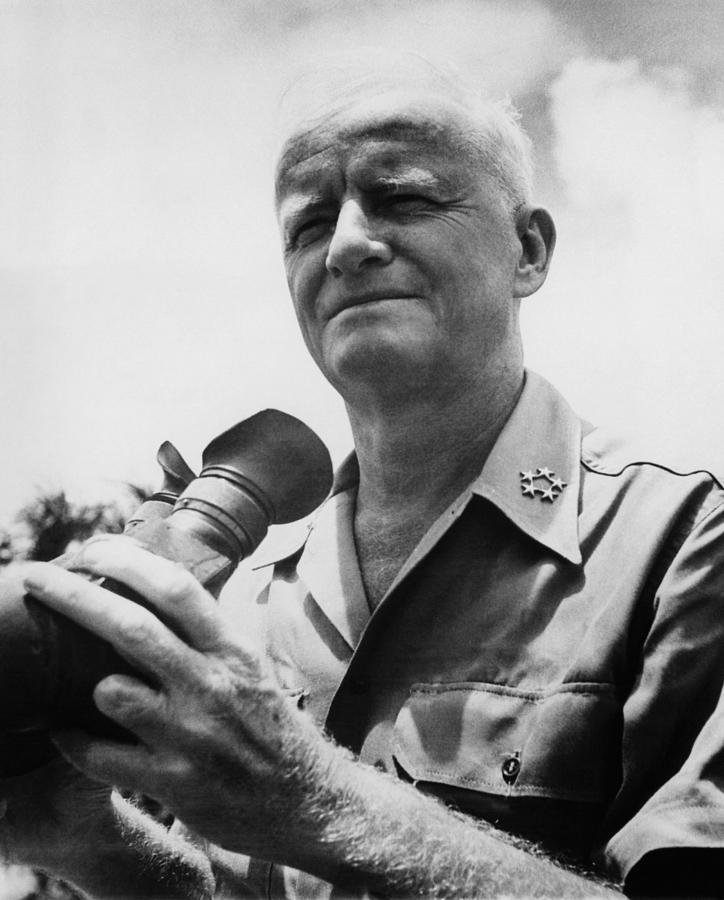 Nimitz received his promotion to rear admiral in June 1938, and commanded cruisers and battleships for the following year. On December 17, 1941, President Roosevelt chose Nimitz to become the new Commander in Chief, Pacific Fleet and Pacific Ocean Areas, after Admiral Husband E. Kimmel was relieved of that duty following the attack on Pearl Harbor. He would serve in this post for the remainder of the war where he directed the Navy’s advance across the Central Pacific Ocean. On December 19, 1944, he was advanced to the rank of fleet admiral. Nimitz represented the United States at the formal surrender ceremony on board USS Missouri (BB-63) where he signed the official document ending the war. 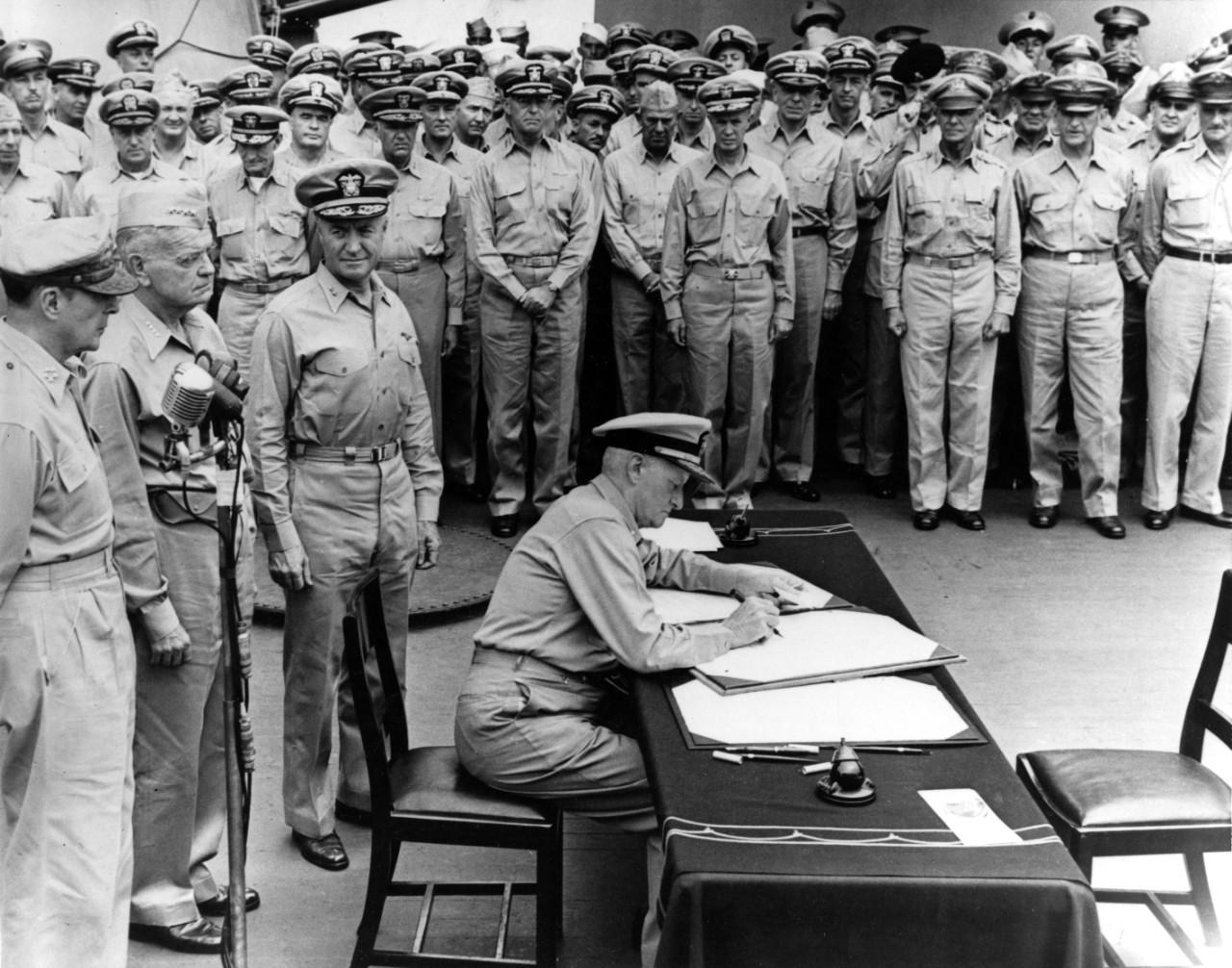 Fleet Admiral Chester W. Nimitz signs the Instrument of Surrender for the

Nimitz’s post-war career included a two-year term as the Chief of Naval Operations from 1945 to 1947. He also served for eight years as a regent of the University of California and did much to restore goodwill with Japan by raising funds to restore the battleship Mikasa, Admiral Togo’s flagship at the Battle of Tsushima in 1905. The Chester W. Nimitz Chair of National Security and Foreign Affairs at the Naval War College is named in his honor.

William Frederick Halsey, Jr., was born in Elizabeth, New Jersey, on October 30, 1882, the son of the late Captain William F. Halsey, USN. William Jr. played football at the Naval Academy and graduated with the Class of 1904.

After completing the required two years of sea duty, Halsey received his commission as an ensign and joined USS Kansas (BB-21) for its cruise around the world with the Great White Fleet. Upon his return, Halsey switched over to destroyer duty which would define his career for much of the next twenty-five years. Between 1909-1915, he commanded USS DuPont (TB-7), USS Lamson (DD-18), USS Flusser (DD-20), and USS Jarvis (DD-38). 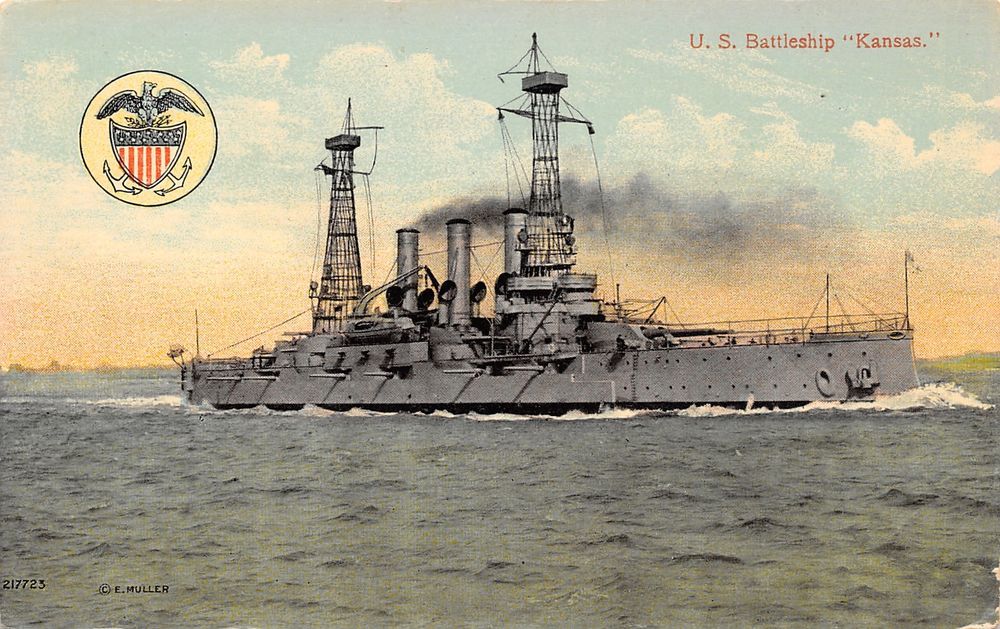 During World War I, Halsey served with the U.S. destroyer force at Queenstown, Ireland where his ships hunted German U-boats and protected American convoys. He earned a Navy Cross for his wartime service. Returning home, he continued in small ship duty and held several destroyer division commands. After a brief interlude for service in Washington, Halsey returned to Europe for assignments at various American embassies where he reported on Germany’s naval construction program. Upon completing these duties, he spent the better part of a decade commanding ships at sea.

Halsey arrived in Newport in 1932 as a student at the Naval War College. At the end of the year-long program, he wrote his thesis on the relationship between naval strategy, tactics, and command. Though he did not distinguish himself academically, he made an important connection with one of his classmates, Captain Ernest J. King. Halsey then went on to complete another year of study at the Army War College where he helped to ensure that the Army’s war games were grounded in realistic assumptions about the Navy’s capabilities.

Halsey’s career took a new direction following graduation when he reported to Naval Air Station Pensacola for flight training. He was designated a naval aviator on May 15, 1935 and took command of USS Saratoga (CV-3) from 1935 to 1937. In 1938, Halsey received his promotion to rear admiral and held successive commands of Carrier Division Two on USS Yorktown (CV-5) and Carrier Division One on Saratoga. In 1940, he became Commander, Aircraft, Battle Force with the rank of vice admiral. On December 7, 1941, Halsey’s ship USS Enterprise (CV-6) was returning from delivering aircraft to Wake Island when he learned of the attack on Pearl Harbor. Six months later, under his command, Task Force Sixteen launched an attack on Tokyo using Army bombers flown from the deck of USS Hornet (CV-8). 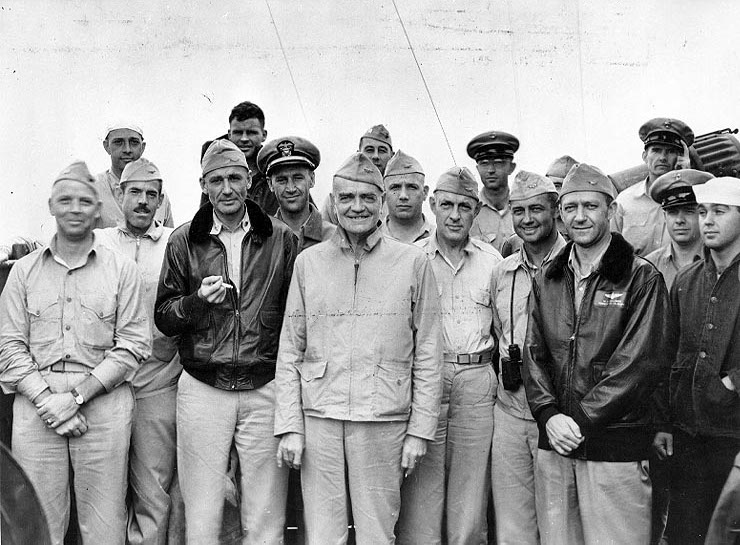 Vice Admiral Halsey with his Aircraft, Battle Force staff in late 1941 or with Task Force 16 staff on USS Enterprise (CV-6) in early 1942

In October 1942, Halsey was named Commander, South Pacific Forces and South Pacific Area. From this position, he directed offensive operations against the Japanese for the next eighteen months. He assumed command of Third Fleet in June 1944 and was also designated Commander, Western Pacific Task Forces. As such, he operated successfully against the Japanese in the Palaies, Philippines, Formosa, Okinawa and South China Sea. Though criticized for his decisions at the Battle of Leyte Gulf, Halsey’s forces continued to strike at Tokyo and the Japanese mainland. His flag was flying on USS Missouri (BB-63) when the Japanese formally surrendered on September 2, 1945. In November, he was assigned special duty in the office of the Secretary of the Navy. On December 11, 1945, Halsey took his oath as fleet admiral, becoming the fourth and last officer to hold that rank. Today, the Naval War College hosts two Advanced Research Programs for its students named in Halsey’s honor.