Following American success at Midway, the Joint Chiefs of Staff targeted Rabaul as the first objective in the Allied drive across the southwest Pacific. In order to reach it, a number of outlying Japanese bases needed to be taken first in order to support a major offensive through the Solomon Islands. Initial landings took place on Guadalcanal and Tulagi in August 1942. Tulagi fell after an intense two-day battle, but securing Guadalcanal took seven months even though initial resistance was slight. By December, months of heavy fighting in the jungle and at sea had finally worn down Japan’s ability to contest the island. Japanese soldiers were succumbing to malnutrition and disease at a rate that could not be sustained by the navy’s “Tokyo Express” resupply efforts. The Chiefs of Staff of the Japanese army and navy evaluated the situation and reluctantly concluded they could not hold the island. On the last day of the year, they obtained approval from the emperor to begin evacuating what was left of their ground forces.

Operation Ke was scheduled to begin in late January 1943 using Japanese destroyers as the evacuation force. Allied reconnaissance and radio traffic intercepts revealed that preparations for an operation were underway, but intelligence officials believed the signals pointed to an offensive aimed at retaking Guadalcanal. Believing that the Japanese were mounting a major attack, Admiral Halsey kept his forces at a safe distance to prepare for the coming battle.

On February 1st, 4th, and 7th, the Japanese navy successfully evacuated 10,652 men from the island. Two days later, Major General Alexander Patch of the U.S. Army declared the island free of Japanese forces. The Japanese lost 20,000 soldiers in the Solomons and would remain on the defensive for the rest of the war. By the end of 1943, the Allied advance reached Bougainville, bringing Rabaul under sustained air attack and rendering it useless as a major Japanese base.

Operation Ke could be judged a minor success for the Japanese since they succeeded in saving a division-sized element to fight another day. Halsey held most of his available naval power south of Guadalcanal to shield troop transports from possible enemy offensive operations. Likewise, senior Japanese naval commanders kept their heavier units at a safe distance, committing only destroyers to the evacuation runs. 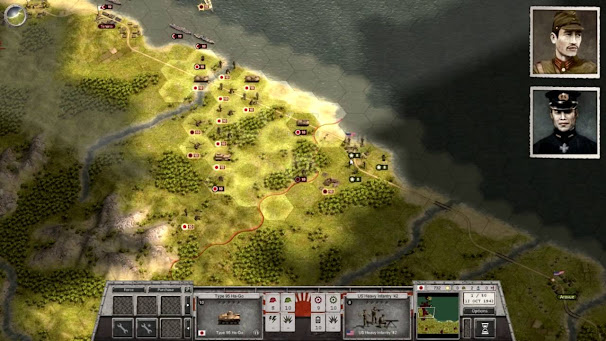 But what if both sides had been more aggressive? Such a hypothetical scenario will form the basis for our live, online war game scheduled for Thursday, February 18, at 8:00PM EST. Fans of the Army-Navy rivalry will be happy to know that we are challenging the National Museum of the U.S. Army to play for bragging rights! In this game, the U.S. player will be tasked with preventing the Japanese from withdrawing their ground forces from Guadalcanal. At his disposal will be elements of Task Force 11 and Task Force 16, two commands that were in the theater and could have been committed to the battle if events had unfolded differently. Likewise, the Japanese player has a reserve force of carriers and cruisers that begin off map and can arrive on any turn to intervene if the Americans take the offensive. The U.S. player must balance aggressive action with precaution in order not to lose one of his scarce flat tops. Along the way, we’ll discuss the effects of interservice rivalry on decision making during the actual campaign, the role of war gaming in preparing U.S. naval officers for the war in the Pacific, and other fascinating historical topics. Please join us tomorrow!