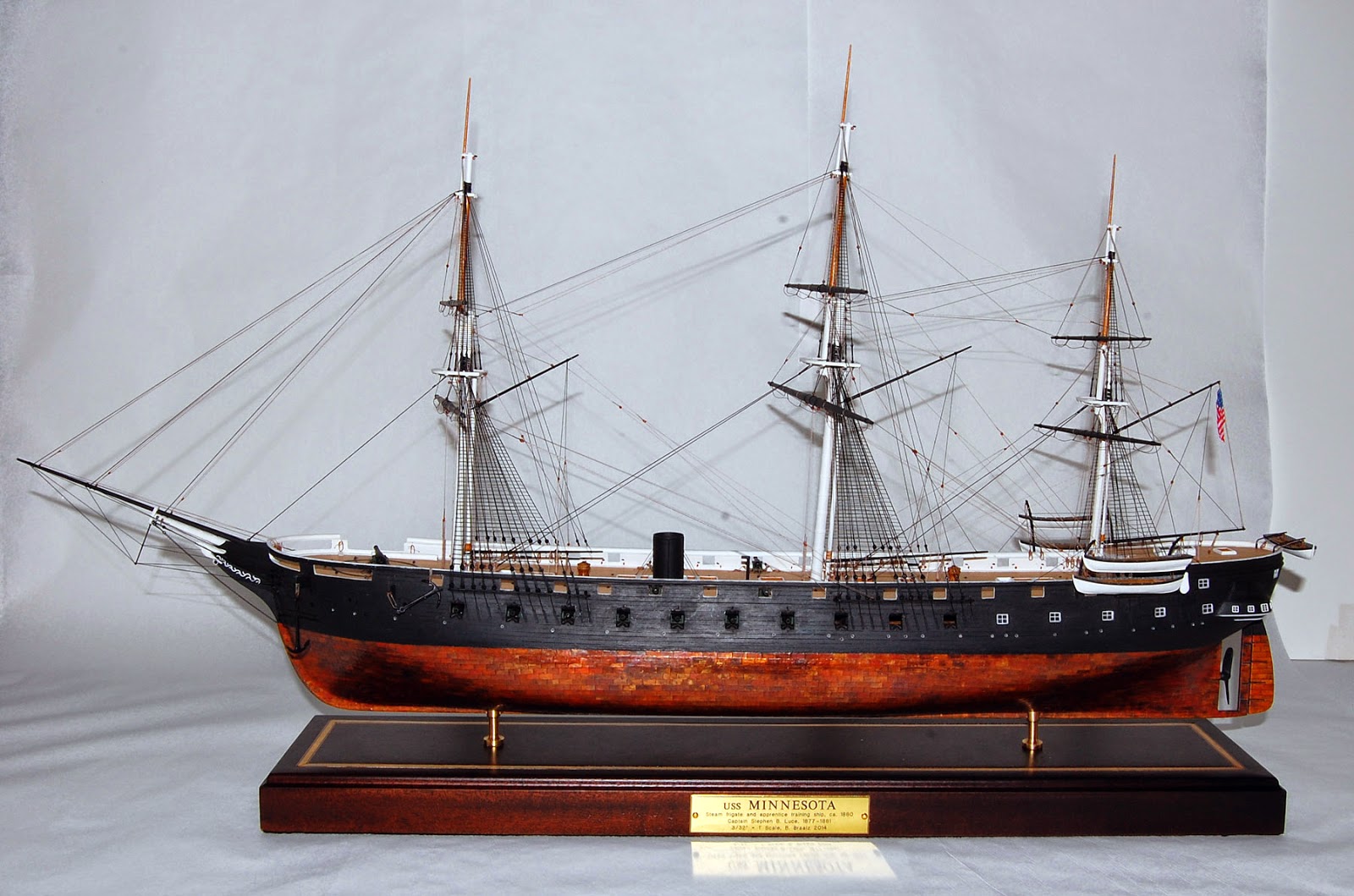 USS Minnesota was utilized for a variety of purposes during her nearly half century of service in the United States Navy.  The steam frigate was launched in 1855 and first made headlines when she set sail for East Asia in 1857 carrying the Ambassador to China, William B. Reed.  Minnesota  was decommissioned upon her return to the United States two years later. She was not out of action for very long, however, returning to the active rolls at the start of the Civil War in 1861 and becoming the flagship of the North Atlantic Blockading Squadron. Minnesota is most famous for her role at the Battle of Hampton Roads where she witnessed the first clash between two ironclad warships, USS Monitor and CSS Virginia. After the war, she cruised with midshipmen to Europe before being decommissioned at the New York Navy Yard in 1868. Minnesota remained decommissioned until 1875, when she was sent to Newport, RI, and transformed into a gunnery and sail training ship for naval apprentices. Designated a Naval Apprentice Ship, she was placed under the command of Rear Admiral Stephen B. Luce from 1877-1881.
Prior to the establishment of a viable training system for enlisted men, sailors were not held in very high regard by most Americans. In an attempt to professionalize the enlisted force, Congress passed a law in 1837 to establish a training program for young men ages 13-18. The program was not explained very well to the American public, though, and many young men enlisted under the mistaken impression that they would ultimately receive appointments as midshipmen. The tragic 1842 mutiny on board USS Somers, a training ship, resulted in the hanging of two enlisted sailors and one midshipman. Public outrage over this incident brought a halt to the apprentice training system for over twenty years. It was briefly revived at the end of the Civil War, but lost support from Congress by 1868 when it became apparent that many enlistees still viewed the program as a shortcut to obtaining an officer’s commission.
Tension between the United States and Spain in 1873 produced fresh interest in a formal naval training program. Under the command of Rear Admiral Luce, Minnesota was administered as a Naval Apprentice Ship at the Naval Station in Newport, RI. The new Naval Apprentice program was designed for young men ages 15-18. Apprentices spent one year studying seamanship, gunnery, navigation, reading, writing and arithmetic. The program was designed to develop a disciplined enlisted crew who would complement the equally well-trained and educated officer corps. By 1889, the Naval Apprentice training system had grown into a training squadron formed around the USS Minnesota. 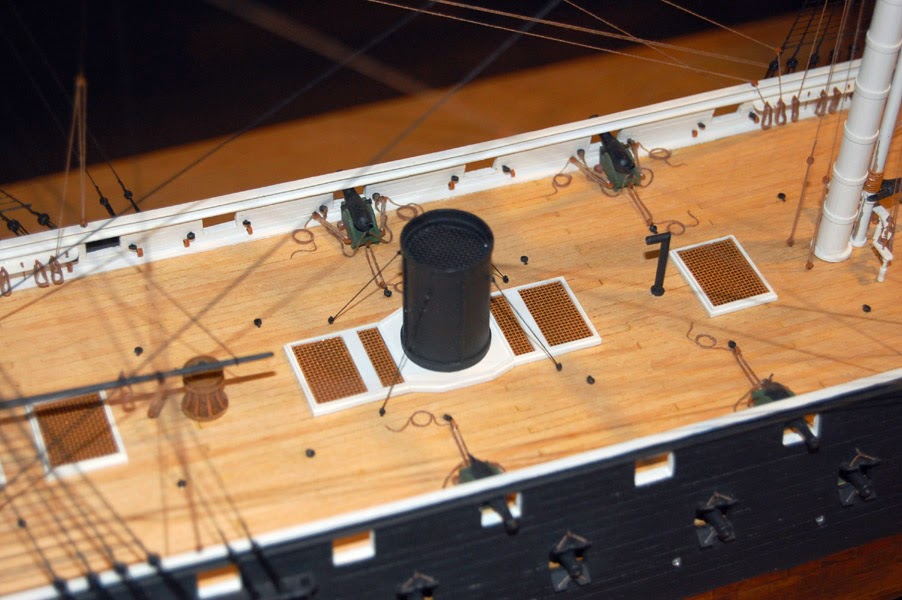 This model of USS Minnesota was custom built for the Naval War College Museum and depicts the vessel during its period of service as an Apprentice ship. The hull bottom is fully sheathed with individual copper plates. The model is also fully rigged and includes all appropriate deck gear, armament, fittings, and even a retractable funnel! If you have a chance to come to the Museum, make sure to take a moment to admire this beautiful work of craftsmanship in the Naval Station Newport exhibit on the second deck. 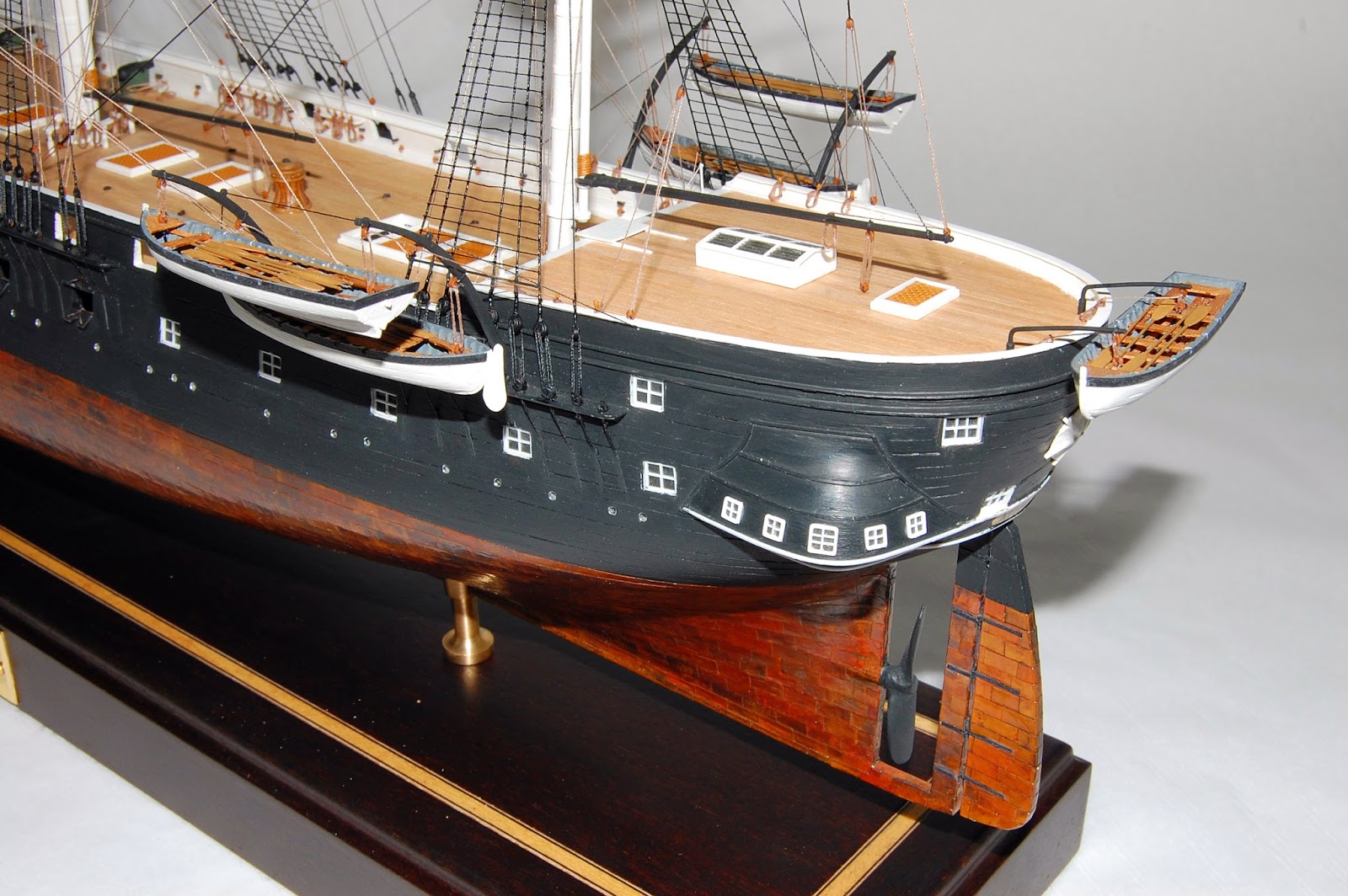