On This Day in History: Flag Raising on Iwo Jima 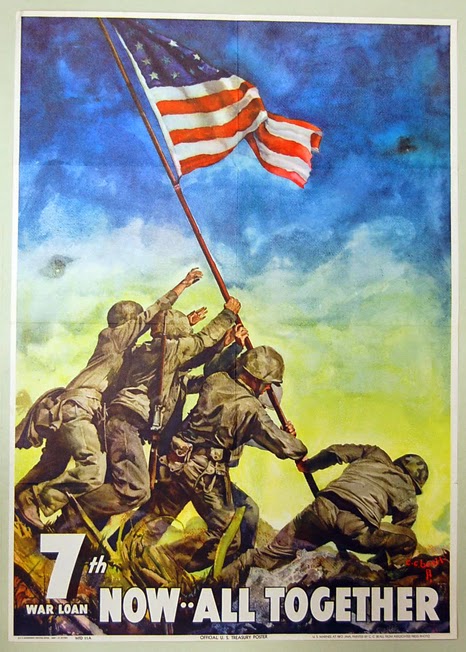 Today marks seventy years since Associated Press photographer Joe Rosenthal photographed five Marines and one Navy corpsman raising a U.S. flag atop Mt. Suribachi. Rosenthal did not realize at the time that he had just captured one of the iconic images of the twentieth century, but its powerful symbolism and broad appeal soon became apparent. In May 1945, the Treasury Department began its seventh and final war loan drive. Americans had already contributed nearly $110 billion in previous loan drives over three and a half years of war. With Germany surrendering just a week before the seventh loan kicked off, officials worried that many Americans would not feel the need to buy more government bonds. As with previous drives, the government enlisted the aid of artists to create advertisements that would inspire ordinary citizens and encourage them to give generously. 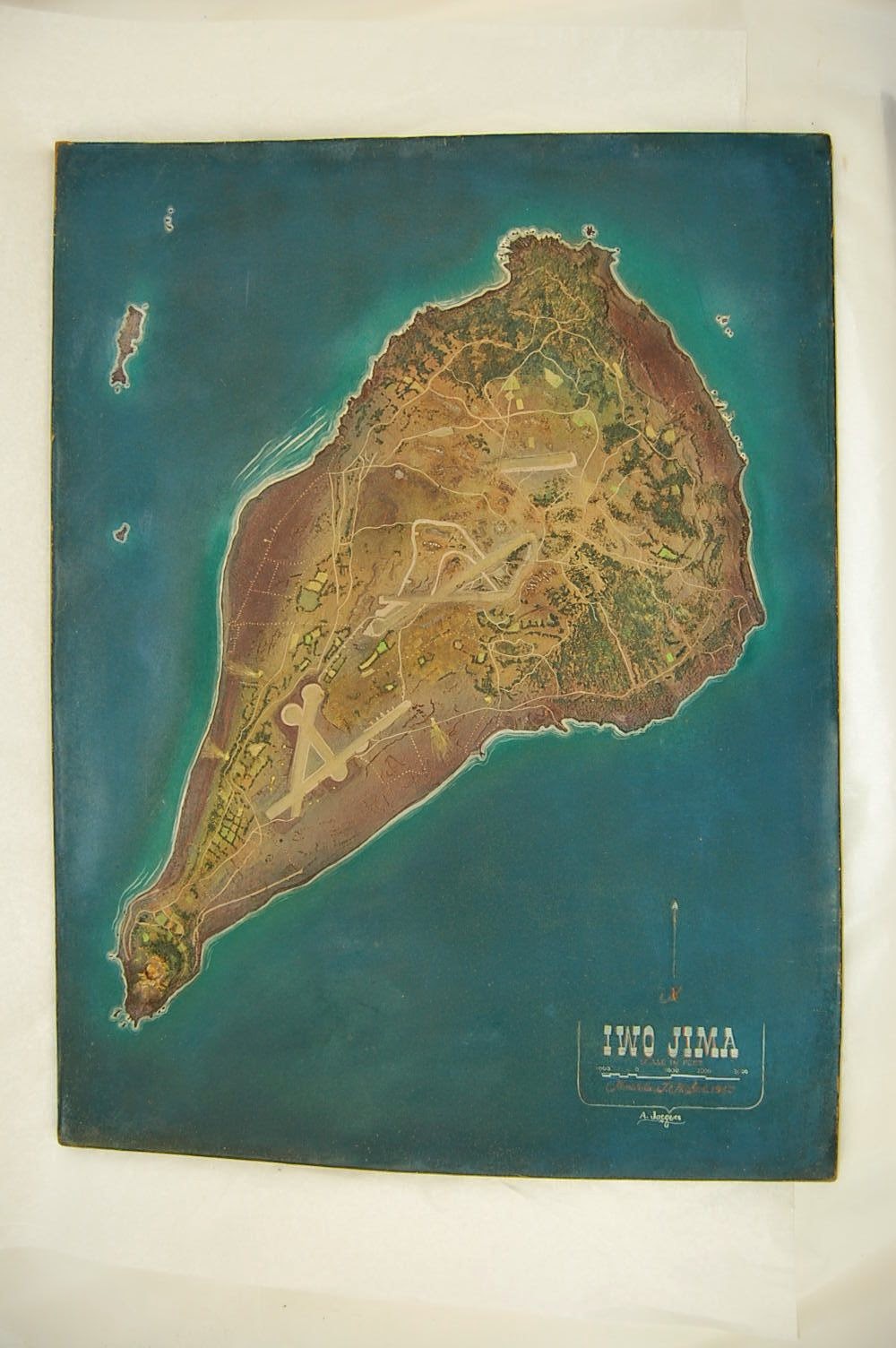 Terrain model of Iwo Jima used to plan for the invasion.
Mt. Suribachi is visible in the lower left corner.
Gift of Mrs. Charlotte Kassal

C.C. Beall (1892-1967) was a commercial illustrator who also drew comics and book covers. Born in Saratoga, Wyoming, Beall studied at the Pratt Institute and Art Students League in New York. He primarily worked in watercolor and belonged to the American Water Color Society as well as the Society of Illustrators. Beall used Rosenthal’s photograph as the basis for his poster which he completed for the seventh loan drive. He chose the words, “Now – all together,” to match the sense of collective patriotism invoked by the famous image.

In spite of fears, the seventh loan drive raised $26 billion, more than any drive before it. The government even ran one more drive in October 1945 after the war was officially over. This final campaign succeeded in raising $21 billion, bringing the total amount of money raised to $156.4 billion.