Seventy years ago today, Marines from the 1st Marine Division conducted an amphibious assault on the port of Inchon during the Korean War. The landings, nicknamed Operation CHROMITE, were designed to cut off elements of North Korea’s army that were fighting south of Seoul. After launching the invasion of South Korea on June 25, 1950, North Korean troops advanced steadily against the combined forces of the Republic of Korea (ROK) Army and United Nations Command (UNC). By August, they had pushed the ROK and UN troops into a small perimeter in the southeastern corner of the Korean peninsula centered on Pusan.

General Douglas MacArthur, commander of UNC, had witnessed many successful amphibious landings in the Pacific during World War II. He believed that maritime power could be decisive if applied at the proper time and place. Once the perimeter around Pusan had stabilized, MacArthur began formulating an operation that, if successful, would reverse the course of the war and allow UNC to take the offensive. He and his staff identified Inchon as a prime location to land ground forces. The second largest port in South Korea, Inchon lay just fifteen miles from Seoul and sat astride one of the principal road and rail networks leading south from the capital. 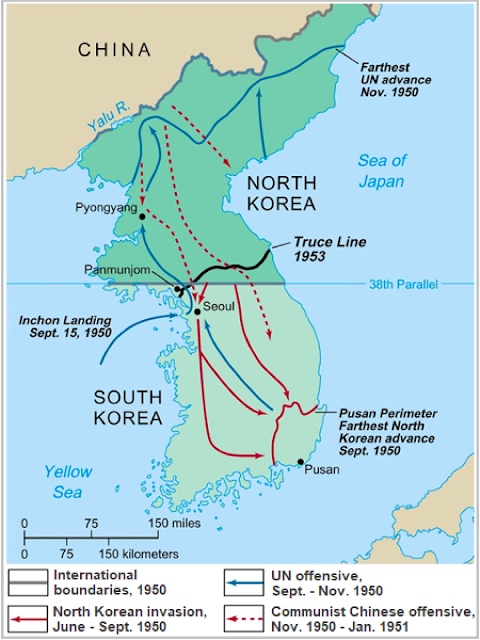 Planning and executing such an invasion required MacArthur’s staff to solve enormous problems. The constraints of weather and tides, combined with pressure from above to act quickly, forced planners to work on a tight timeline. They would have to assemble forces from halfway around the world and throw them into battle with minimal preparation. To accomplish his goal, MacArthur created X Corps, a joint Army-Marine Corps command placed under the leadership of Major General Edward M. Almond. Activated just twenty days before the operation was to begin, X Corps and its staff officers had to proceed quickly with planning.

Other than its advantageous location, Inchon had little to recommend it as an invasion site. The approach route from the Yellow Sea was lined with reefs and shoals, and a swift current made navigation difficult. To further complicate matters, the Navy’s LSTs (Landing Ship, Tank) risked running aground at low tide, meaning that the operation could only proceed early in the morning or late in the evening when the tide was in. If they made it to the landing sites, the ground forces they carried would have to disembark not on a beach, but at the foot of a 12-foot-high sea wall that would require scaling ladders to cross. 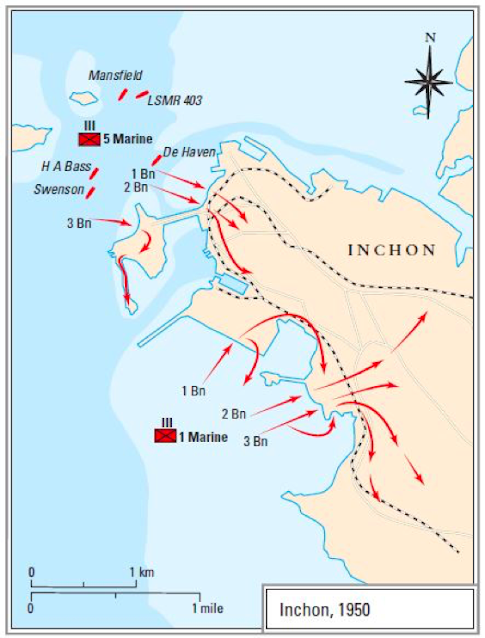 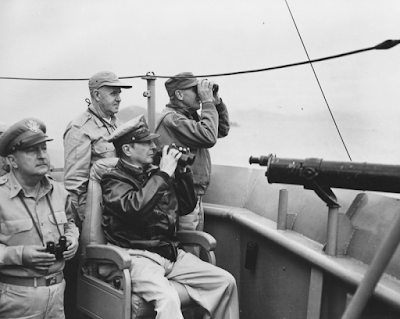 MacArthur’s subordinates were not enthusiastic about attempting such a risky operation. The officer in charge of the naval component of the landing, Admiral James H. Doyle, briefed MacArthur for ninety minutes on all the problems the invasion might face. General Almond called Inchon “the worst possible place where we could bring in an amphibious assault.” Even the Chief of Naval Operations, Admiral Forrest Sherman, tried to talk MacArthur out of proceeding with the operation. He would not be swayed. MacArthur countered that the difficulties involved would work to their advantage, as the enemy would never expect them to land at such an inhospitable location. 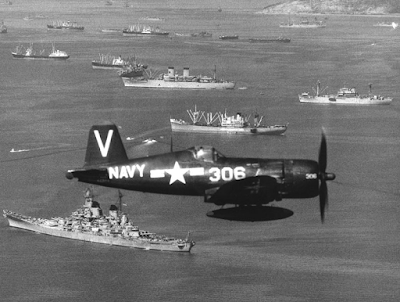 On September 13, 1950, the naval component of the invasion, Joint Task Force 7, began the assault from the sea. Under the command of Vice Admiral Arthur D. Struble, a bombardment group of cruisers, destroyers, and carrier-based aircraft spent two days hitting North Korean fortifications and coastal artillery batteries. Then, early on the morning of September 15, landing ships and transports began disembarking elements of the 1st Marine Division. One team came ashore at Wolmi-do, a fortified island in the middle of the harbor that controlled the approaches to the main landing sites. The Marines took control of the island after a brief firefight. The second part of the invasion had to wait until that evening when tides once again allowed transport craft to reach the shore. Troops landed at two areas, one to the northwest of Inchon and the other to the southeast. Despite coming under fire from North Korean mortar and machine gun positions, the Marines made it over the seawall and secured most of Inchon by midnight. 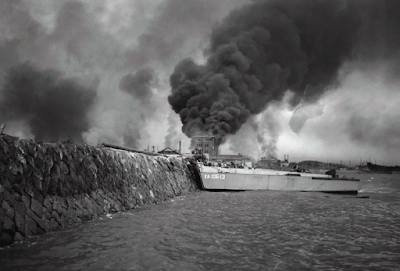 Landing craft at seawall during the invasion of Inchon 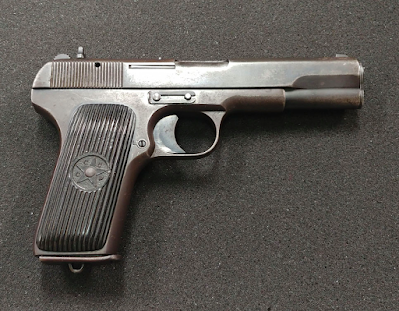 This Tokarev TT pistol was found near one of the landing sites by the South Korean Director of Naval Intelligence, Hahm Myong-soo, who led a covert intelligence-gathering mission in the area before the invasion. It is typical of the older pistols that the Soviet Union supplied to its foreign allies. Developed in the late 1920s and based heavily on the U.S Colt M1911, the Tokarev TT is a short recoil operated, locked breech pistol. Weighing in at two pounds, it carries eight 7.62mm rounds in its magazine and fires single action. It was reliable and easy to maintain, though the lack of a safety meant increased danger to the solider who carried it. North Korea eventually produced its own version of the Tokarev TT called the Type 68 which was a shorter and bulkier version of the original. 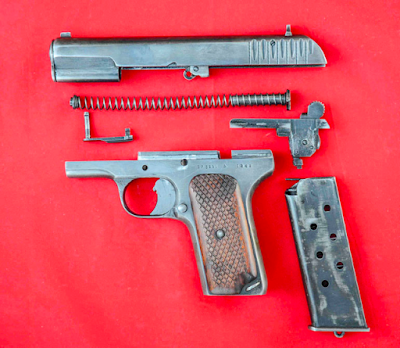 Operation CHROMITE was a massive undertaking requiring support from an international coalition. 70,000 men participated in the invasion, backed up by 230 ships from seven navies as well as aircraft from the U.S. Navy, U.S. Marine Corps, and the British Royal Navy. By September 19, the Marines secured nearby Kimpo Airfield which allowed friendly land-based aircraft to use it in support of further ground operations. U.S. Army troops from the Seventh Infantry Division advanced from the beachhead and linked up with UN forces advancing north from Pusan. U.S. Marine, Army, and South Korean troops captured Seoul on September 28.

The invasion itself was a triumph of planning and logistics, made possible by the ability to quickly assemble an invasion force and project power inward from the sea. Did Operation CHROMITE achieve all the goals established by General MacArthur? That question is still debated by military historians. Despite its proximity to the landing sites, Seoul did not fall until thirteen days after D-Day. The slow advance by UN forces allowed more North Korean soldiers to escape across the Han River and regroup in friendly territory. The leading American historian of the war, Allan R. Millet, has written that the success of the landings encouraged overly optimistic thinking by the UN high command that prevented them from anticipating later setbacks, particularly Chinese intervention. Still, the invasion itself was a remarkable achievement. The presence of the Tokarev TT pistol in the Naval War College Museum collection is a testament to the careful preparation that ensured the success of Operation CHROMITE.