On This Day in History: Launching of USS Maine (ACR-1) 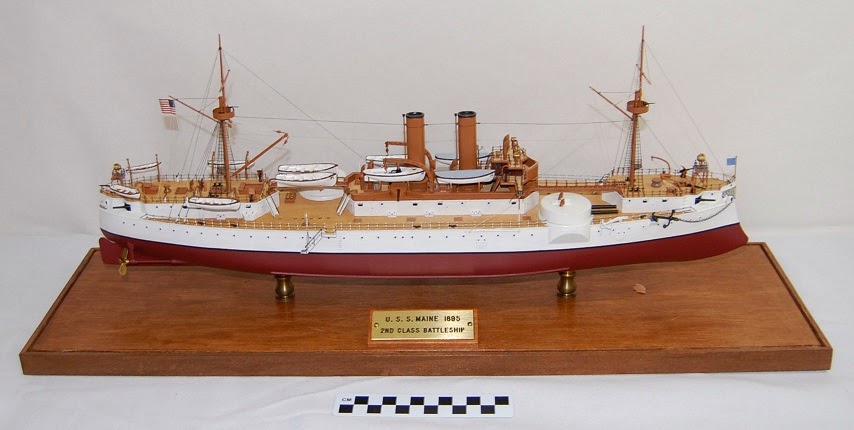 Today marks the 125th anniversary of the launching of USS Maine (ACR-1) at the New York Navy Yard. Displacing 6,682 tons, Maine was rated as a second-class battleship and incorporated some of the latest design elements seen in European navies. Her main armament consisted of four 10" guns mounted in two turrets offset from the centerline. This arrangement allowed all four guns to fire ahead or astern, greatly reducing the threat posed by an enemy who performed a "crossing the T" maneuver. 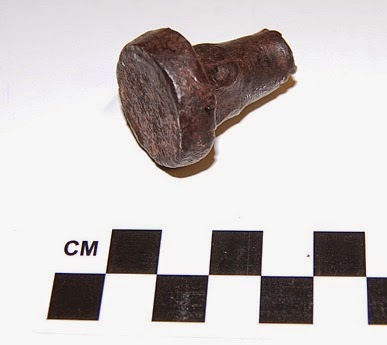 Maine operated off the East Coast of the United States and in the Carribean four almost three years before her fateful voyage to Cuba in early 1898. On the evening of 15 February, an explosion rocked the ship and sank her in minutes, resulting in the deaths of 260 crew members (6 more died later from their injuries). In 1912, the Army Corps of Engineers raised the wreck of the Maine to allow naval investigators to perform a thorough inspection of the hull. They also recovered artifacts such as this steel rivet and sighting glass (used to show water levels inside a tank or boiler), then sent them back to the United States where they became popular souvenir items. 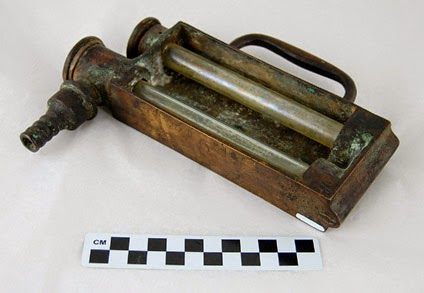