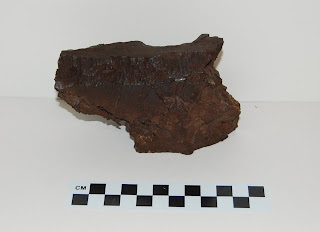 December 7, 2011 marks the seventieth anniversary of the Japanese attack on Pearl Harbor. This “day of infamy” was experienced firsthand not only by the sailors, Marines, and soldiers stationed at Pearl Harbor, but by their families as well. Particularly effected were the residents of the CPO and Nob Hill neighborhoods on Ford Island, adjacent to Battleship Row.


The primary objective of the attack was to cripple the United States Pacific Fleet. By 1941, the United States had achieved parity almost equal to that of the Japanese fleet. The targets on that Sunday were the seven battleships moored at Battleship Row: The USS California, USS Maryland, USS Oklahoma, USS Tennessee, USS West Virginia, USS Arizona and USS Nevada. The three aircraft carriers, Enterprise, Lexington, and Saratoga were not at Pearl Harbor during the attack.

The USS Arizona, suffered the most fatal damage when a Japanese bomb hit the vicinity of her forward magazines between turrets #1 and #2. The magazine detonated with a “massive blast." The battleship sunk almost immediately and the attack claimed 1,117 members of her crew.

﻿﻿﻿ ﻿﻿﻿
﻿This week’s artifact is a piece of metal, measuring five inches in length by about two and a half inches in height. This steel fragment is believed to be metal ripped from the battleship during the explosion. The blast shook the nearby homes as shrapnel and debris rained down on the neighborhoods of Ford Island. The fragment shown here, reportedly entered the home of Captain Errol Willett, a Navy dentist stationed at Pearl Harbor.
The communities quickly acted to assist sailors who escaped the inferno of burning ships. In fact, Captain Willett's son, Peter and his fellow Boy Scouts rowed small boats out to the damaged ships to help rescue sailors. Many of the families also shared common shelters with badly burned and wounded survivors.  This artifact serves as powerful reminder of the trials endured by both the military and civilian community on that fateful day seventy years ago.