---John Pentangelo, Curator/Registrar
Many streets, buildings, and institutions in Rhode Island are named to honor the Narragansett Bay area’s rich naval heritage. This regular feature to the museum’s blog provides a brief look at the people, places, and events behind the names. 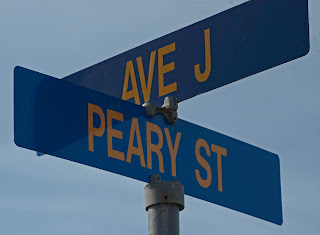 Rear Admiral Robert E. Peary (1856-1920) USN Civil Engineer and Polar Explorer
Peary Street on Naval Station Newport is named for Rear Admiral Robert E. Peary. Peary won international fame for his much disputed claim to have been the first explorer to reach the North Pole on April 6, 1909. Born in Cresson, Pennsylvania in 1856, Peary spent his youth in Maine and graduated from Bowdoin College with a degree in Civil Engineering. On October 26, 1881 he was commissioned a lieutenant in the U.S. Navy Civil Engineer Corps. After surveying a bridge in Key West, the young officer reported to Coasters Harbor Island for special duty on September 1, 1883.  The island, recently gifted to the federal government by the state of Rhode Island,  was now the permanent home of the Naval Training Station.  One of his first assignments was to assist Commodore Stephen B. Luce, the station's commanding officer, in writing recommendations for improvements to the island. Fifteen months after his arrival, Peary left to survey a possible inter-oceanic canal in Nicaragua. From the tropics he would head north in repeated expeditions to Greenland and the North Pole. He retired with the rank of rear admiral in 1911 and died in 1920. Though often overlooked in the wake of his subsequent exploits and achievements, this street reminds us of Peary's brief duty in Newport.
Four naval vessels and one Liberty Ship have been named for the famous explorer.
Street Sign Image by Christina Anderson
Peary Image, courtesy of the Naval History and Heritage Command
Email Post
Labels: Naval Namesakes Robert E. Peary