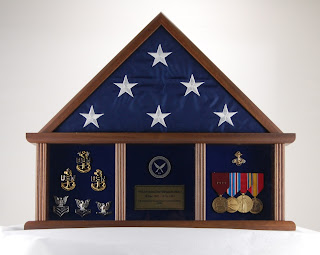 March is National Women’s History Month. Without a doubt, women have been an instrumental part of force readiness for every branch of service.  This week’s post honors a true trailblazer in naval and women's history: the first female Master Chief Petty Officer in the United States Navy, Anna Der-Vartanian.

A native of Michigan, Der-Vartanian enlisted in the WAVES in 1943 during World War II.  After the war ended, she transitioned over to the regular Navy. Her duty stations included Naval Station San Francisco, Naval Air Training Command Pensacola, Supreme Headquarters Allied Powers Europe and Pacific Fleet Public Information Office Pearl Harbor. From July 1959 to April 1960, Der-Vartanian served on staff at the Naval War College, where she coordinated preparations for the 1960 Global Strategy Discussions. 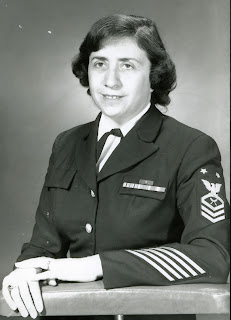 The shadow box is currently on display as part of the museum's exhibit Sailors and Scholars: A History of the Naval War College . The box is displayed with the uniform of one of the first female captains in the U.S. Navy, Dorothy Council. The museum thanks the United States Navy Memorial in Washington, D.C. for the generous loan of the Der-Vartanian shadow box.
Email Post
Labels: Anna Der-Vartanian Artifact Women in the Navy