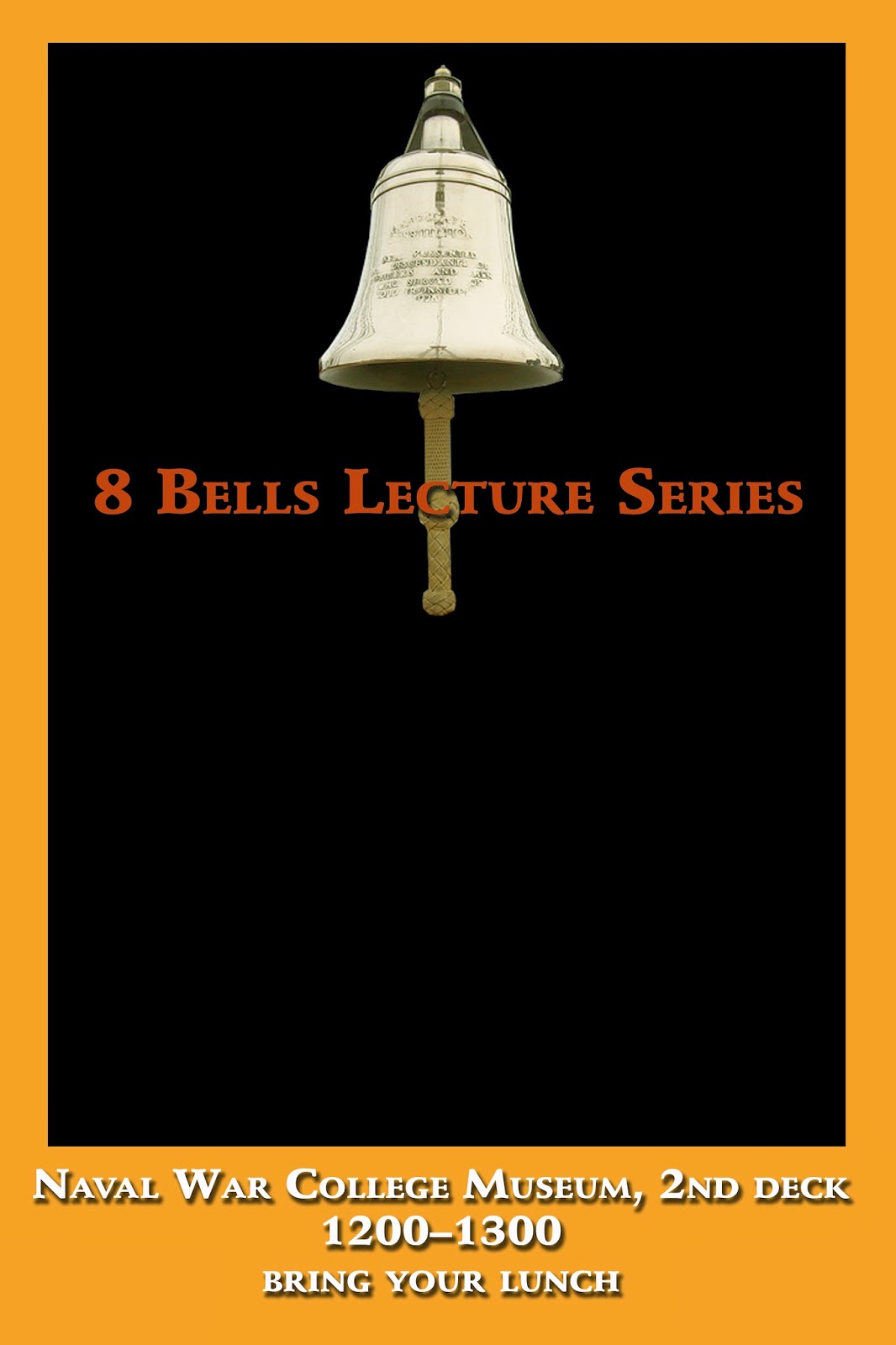 The format of the Eight Bells Lecture Series has the author speaking about 40-45 minutes on the topic of his book and the facts leading to its publication. The last 15-20 minutes are given over for audience members to ask questions on the topic.  Those who are able to remain after the allotted hour can stay and discuss the book further and have the book signed. Copies of the books will be on sale in the Naval War College Foundation Store. As always, this event is a brown-bag affair which h is free and open to the public.  Call 401-841-4052 for more information.

7 May 2015: The Purge of the Thirtieth Division by Maj. Gen. Henry Dozier Russell; edited and presented by Lawrence Kaplan
In the lead-up to World War II, eighteen National Guard division commanders were called upon to train and lead 300,000 men.  By the end of the war, all but one had been relieved in a systematic policy by senior, regular Army officers to replace Guardsmen with regular officers.  The book offers a unique historical insight into the mobilization and offers a scathing indictment of the senior war planners during the war, including the Army Chief of Staff, George Marshall.

14 May 2015: Eugene Ely, Daredevil Aviator: First Shipboard Landing and Takeoff by William M. Miller
This is a biography of one of the most influential, early contributor to aviation.  Eugene Ely taught himself to fly and by 1910 was a member of the Curtiss Exhibition Team.  It was that year that his plane was lifted onto USS Birmingham an he made the first takeoff from the deck of a naval vessel.  Two months later, on 18 January 1911, he made the first aircraft landing on the USS Pennsylvania.  A short while later he took off from that same deck, proving the adaptability of airplanes to operations at sea.

21 May 2015: The Baltimore Sabotage Cell by Dwight Messimer
The Imperial German Navy lacked the means to cut the British supply line with the United States.  One option was to build more U-boats.  The other option to stop the flow of goods was to attack the sources of the manufactured goods by sabotaging munitions factories, depots, and shipping.   There were over fifty successful acts of sabotage on the East Coast prior to April 1917.  Baltimore was the key city to their plan.

4 June 2015: A Handful of Bullets by Harlan Ullman
The author traces several contemporary crises back to the legacy of the First World War which began as a result of the assassination of Archduke Ferdinand.  Offering provocative challenges to modern, conventional wisdom, he argues that the United States needs to strategically address these twenty-first-century realities.

11 June 2015: South Pacific Cauldron by Alan Rems
Alan Rems takes the reader into the unsung regions of World War II.  Through his in-depth research, he presents the stories of Japanese and allied personnel in struggles no less brutal than the much heralded battlefields of Guadalcanal and Iwo Jima.  Photographs and maps enhance the telling of these stories.