Honoring All Who Serve—U-853 Propellers at the Naval War College: 70th Anniversary of the Sinking of U-853 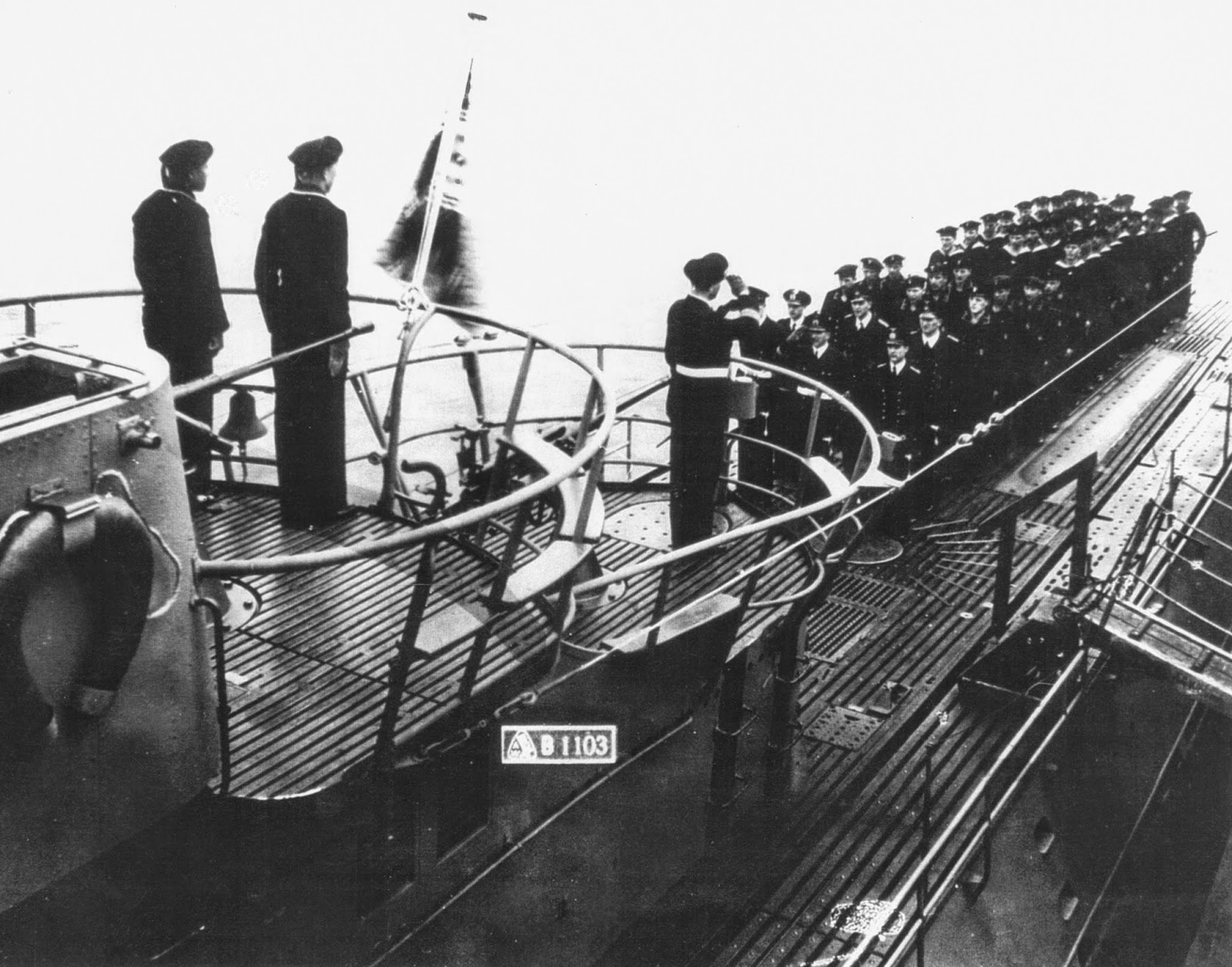 The Naval War College has placed on display the propellers from the World War German submarine U-853, which was sunk in action off Block Island on 5 May 1945.  At that point the war in Europe was nearing its end and all German submarines had been ordered to cease hostilities and ordered to return to their bases, with the formal surrender scheduled for 8 May 1945.  Until that time, however, U.S. naval forces remained on alert for possible U-boat activity as intelligence sources indicated the presence of submarines in the local vicinity that may or may not have received their orders.
Their vigilance was rewarded on 5 May, two days before the cessation of hostilities in the Atlantic, when a collier, MV Black Point, was torpedoed.  Coast Guard and naval vessels in the area quickly realized what had happened and knew that they had an active, accurate datum based upon the billowing smoke from the sinking Black Point.  What followed was a short and violent prosecution of the submarine.  The end came off the coast of Block Island as verified by the oil and debris which floated to the surface.  Later findings would verify the submarine to be U-853, a Type IXC/40 long-range submarine. 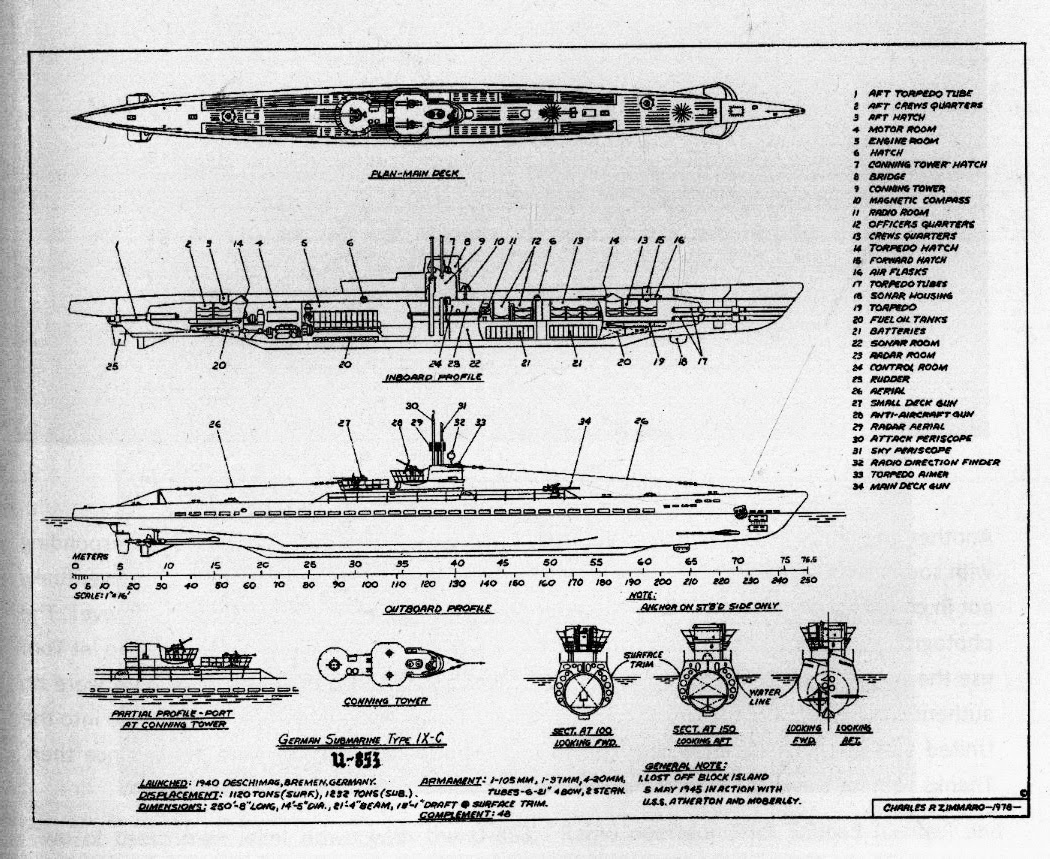 As the United States and Germany are among the nations who recognize that sunken military wrecks with military personnel entombed as war graves, the story might have ended there.  Unfortunately, salvage companies and recreational scuba divers did not subscribe to the same belief and, over time, looted the submarine, taking various items as souvenirs.  Two such items taken were the bronze propellers.  Over time, the propellers ended up at Newport’s Castle Hill Inn where they remained for over fifty years shrouded by local myths.
In 2005, the German Government took the initiative by donating the propellers to the United States Navy for display on the grounds of the Naval War College. The Newport Harbor Corporation relinquished “all claims of ownership, or any other title or interest, in the two propellers.” The gift was formally accepted by the United States Navy in September 2005 with the intent that the Naval War College would display them as a part of a dignified exhibit recounting the shared naval history of the Germany and the United States.
The project has come to fruition through the support of the Naval War College Foundation with the assistance of William Obenshain, and the generosity of the Tawani Foundation of Chicago .  The permanent display has been installed just north of the USS Constellation’s anchor, which is the centerpiece of the plaza dedicated to Esau Kempenaar for his long-term service in the cause of international friendship and his association with the foreign officers of the Naval Command College.
As Abraham Lincoln noted, “Honor to the Soldier, and Sailor everywhere, who bravely bears his country’s cause.”  The Naval War College also recognizes that there is a mutual bond between all who sail in harm’s way at sea.