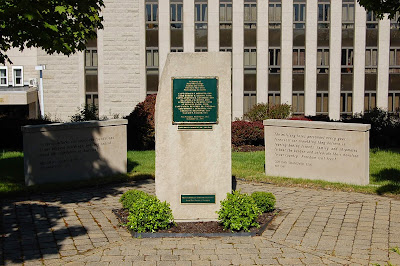 Patriots Memorial is dedicated to the memory of the eleven students and alumni who lost their lives in the attack on the Pentagon on September 11, 2001. The plaque is mounted on a piece of Indiana limestone that was recovered from the Pentagon’s west façade. It reads:

As we head in to Memorial Day Weekend, we take a moment to recognize all the Naval War College graduates who have given their lives in service to their country.